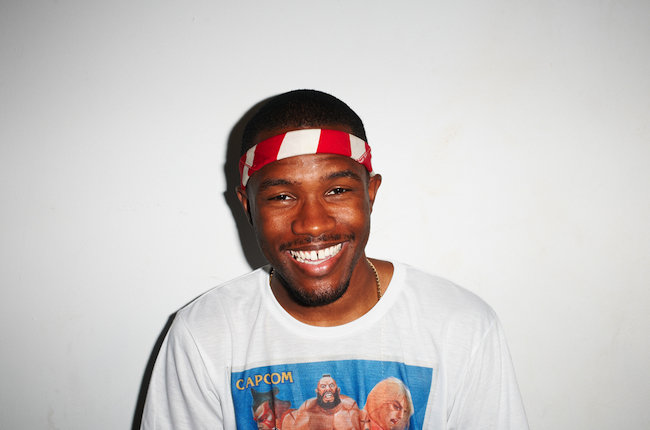 Frank Ocean’s four year sabbatical from the public eye following his 2012 debut album Channel Orange left everyone’s mouths watering for more. Finally, in 2016, he reappeared with back to back releases of the visual album “Endless”, released as an Apple Music video stream via Def Jam/Universal Music Group and the 17-song album “Blonde”, released as an Apple exclusive a day later under his own label “Boys Don’t Cry”, without Def Jam’s or Universal’s involvement.

This interesting development can be followed back to Ocean signing to Def Jam for a two-album deal at the end of 2009. He stated that outside of the signed contract there was no real relationship between him and his label. So without any backing or support from his label he decided to put together a mixtape. At the start of 2011, Frank released his mixtape “Nostalgia, Ultra” independently, which went on to become a huge success that is still popular to this day.

Suddenly after recognizing the buzz around the mixtape Def Jam got behind Frank and began meeting all his demands, which led up to his already aforementioned debut album “Channel Orange”.

In August of 2016, Frank Ocean executed his intricate plan, which he had thought through for 2 years to perfection. At 3 am, an unusual stream of Ocean woodworking in a warehouse in Brooklyn appeared on his website with an Apple Music logo. The stream went on for another 140 hours. As the lifestream continued on it became clear to the viewer that he was building a staircase. Near the completion of the staircase, the video suddenly gets a soundtrack. You can hear Frank’s voice sing a beautiful rendition of Aaliyah’s “At your Best (You Are Love)” and that’s how “Endless”- the video album was released.

Frank later on came out saying that the Endless visual album represents the final move in a seven-year chess game with Def Jam records to get out of his contract. By paying back the $2 million dollar advance the label gave him for the completion of the second album, he was able to retain ownership of the records.

A day later Frank independently released the music video to his song “Nikes”, which was shortly followed by the release of the album “Blonde” a few hours later. Finally being out of his contract with Def Jam, Frank was able to keep the rights to “ Blonde” and by releasing it through Apple Music he secured all profits. The album stormed the charts entering at the number one spot of the Billboard 200 charts. All in all it is rumored to have netted about $2 million in sales alone.

Ocean later revealed in an interview that none of the friends, whom he had shared his plans with, believed that it would work out. However, by working through the plan over and over again until it was impeccable he managed to prove them all wrong. Even though it was a pain to wait such a long time for the creative masterpieces that “Blonde” and “Endless” are, Ocean demonstrated that taking his time with projects and never rushing things always pays off in the end.