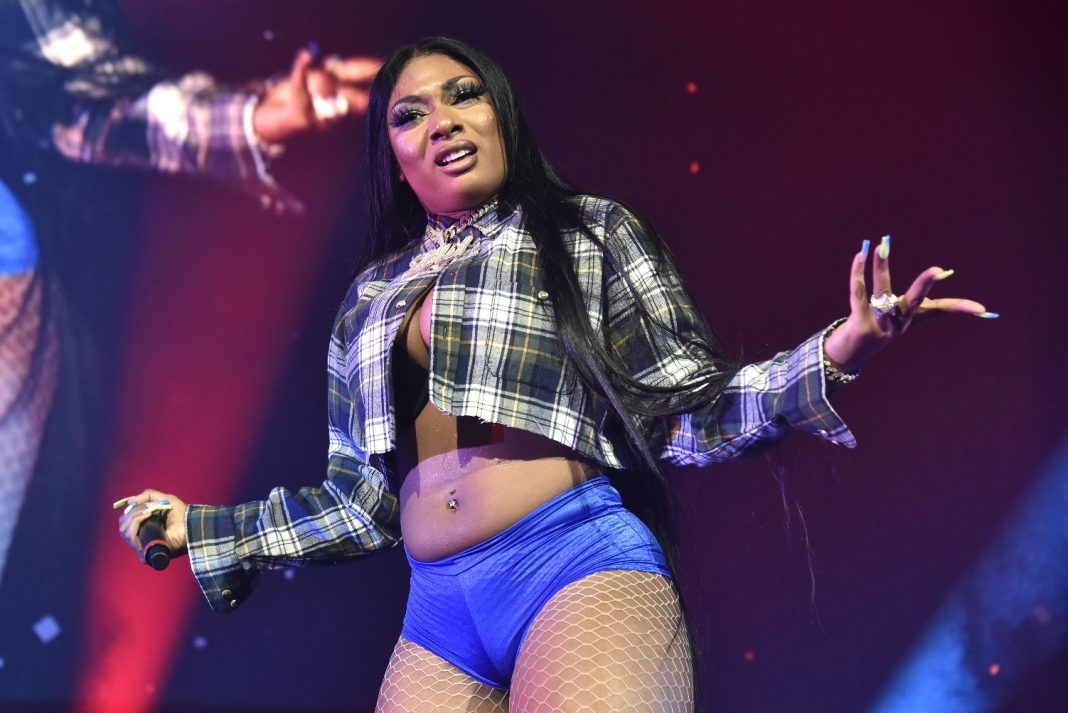 Women tend to tell each other how pretty they are, even offside all mainstream body standards, to empower and stand for one another. We often convince each other to show our bodies, even more so, in hope for more tolerance and a growth in diversity. What i rarely hear is: „Girl, you‘re smart enough to keep your clothes on!“. Nudity sometimes seems to be mistaken for a proof of self-confidence and that feels wrong to me. Being half-naked on the internet might be a personal breakthrough for those who never did present themselves like that before, but what about women who never had to experience body shaming?! Let’s face it – feminism lacks, because some of those who are beauty industry standardized would still use their bodies to make profit. Even for sexist marketing campaigns.

So if i see flawless Instagram Models „empowering“ the less flawless girls to also „be sexy“, i see what we really have to work on.

Talking about body positivity is very important, indeed, but reminding each other to maybe in general not show our bodies in every single upload to the internet is important, as well! If we miss that point out in the whole discussion, people will never stop to consider feminism being only a topic for frustrated women demanding their „right“ to also be worth a hot fantasy. We have to paint the whole picture to get over this! One great role model is Billie Eilish who holds the opinion, that wrapping up in wide clothing leaves room for fantasy and puts the focus on where she wants it: her music!

The years of effort, successful women like Beyoncé put into support and education, were not in vain. What changed so far is that companies earn more money with plus size lines or „imperfect“ brand ambassadors like Winnie Harlow. Being different is trending and there is more diversity in the fashion industry than 15 years ago, for sure! So far, so good, but why should industry standards and marketing campaigns change, now that they just discovered new markets?!

I feel like it is about time for the „pretty girls“ to get more involved. Body content is easy. For real, being „pretty“ and „in shape“ is not enough these days and it is absurd how Kylie Jenner, now, according to Forbes Magazine, officially pronounced „youngest billionaire ever“, never really makes a topic out of her daily routine as part of the world‘s most observed family, building a beauty empire, having a baby, making independent investment decisions, and lately going through personal struggles like the casual internet shitstorms only seconds after Jenner and Travis Scott confirmed the end of their partnership. Why not talking about all the work, the efforts, the responsibilities? Because those are the aspects to not only be looked at for, but also be respected for by both, men and women! And, seriously, stop taking money if they want to sell products by selling your pride!

For me personally, Megan Thee Stallion is the perfect example of how i think „painting the whole picture“ could look like. I stumbled upon her through a YouTube video of a freestyle rap session with DJ HollyHood, where she appeared in vinyl stripper overknee high heel boots, vinyl pants and with hot red hair, ready to kick asses so hard that you could tell these men around didn’t know how to feel about that real life Jessica Rabbit and her rap skills.

She was so special and straight forward that i knew Megan Thee Stallion would become a big name in the business. Following her on Instagram i could see the whole process of her finding the persona she wanted to be as an artist, i saw her without makeup in the morning, saw her getting ready, touring through night clubs, filling up her entourage of „Hot Girls“ in Coyote Ugly manner, doing promotion, finishing university besides and working on her music career by rushing from appointment to appointment. In her songs and in real life she celebrates herself as the hard working money-getter with the perfect curves, the educated hustler in latex. And to sum it up, this is what i mean!

No matter if you overcome personal body issues by showing off nudes, if you decide to wrap up your body in menswear, or if you like to play with cliches. Everybody is more than just a body and your shape should not define your worth. The person you are and the way you interact with the world should define how you feel about yourself! Regardless if you use social media platforms or not… We should shake our degrees, the skinny and the curvy, talk about the hustle, look ugly from time to time, have a bad day, fail, stand up and, if using social media platforms, share at least some of it from time to time.

We should aim to be wholesome, because there’s nothing to hide about ourselves!