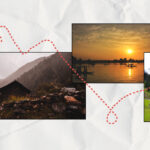 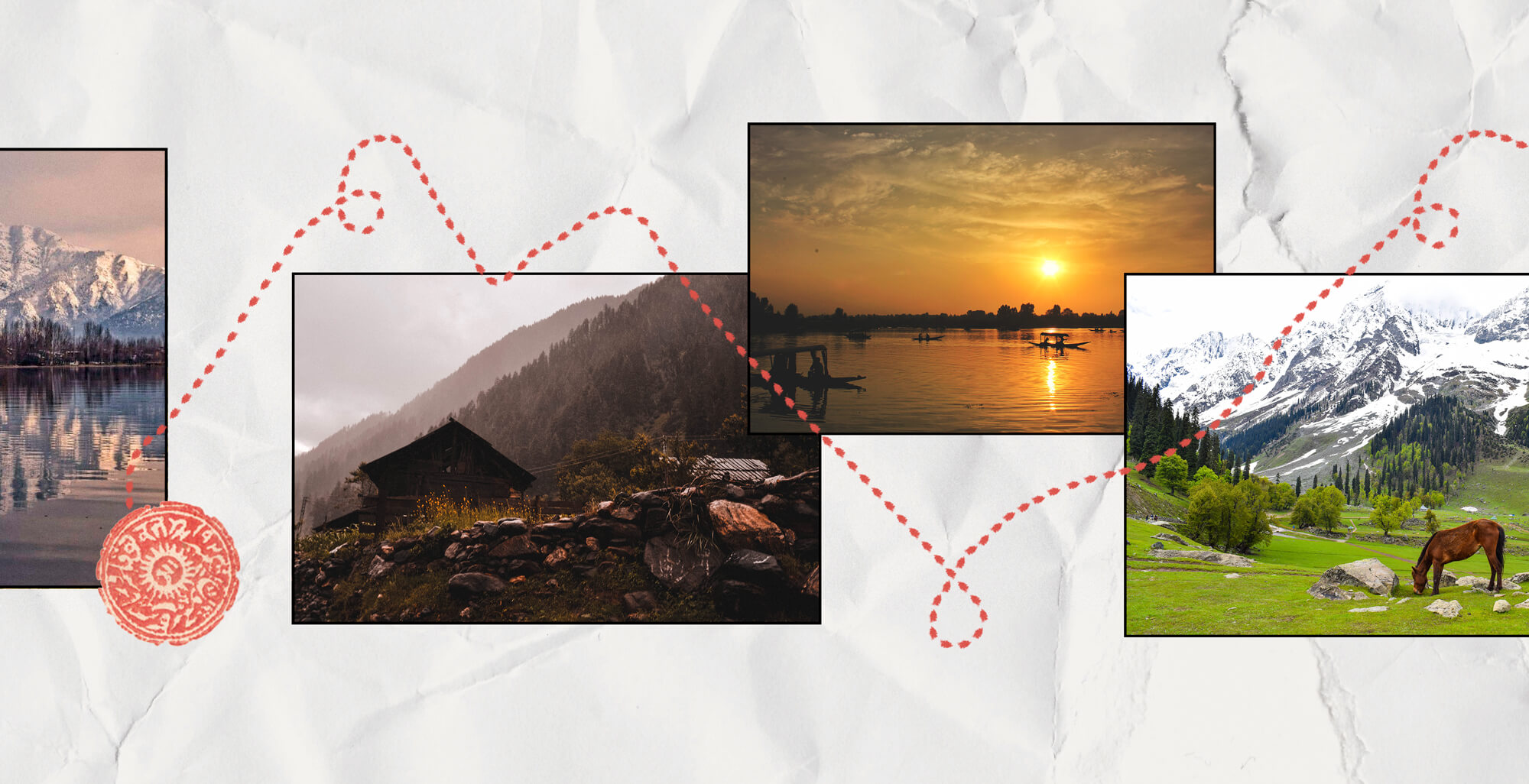 Whenever I hear the name of Kashmir, a myriad of emotions fill me, seldom good. A little-known fact about myself — I am part Kashmiri from my fathers’ side. What little Kashmiri blood I possess that courses through my veins is blood that I am deeply  proud of. Yet that same blood is more often than not, brought to a boil when Kashmir’s name rings through my ears.

Whenever I hear the name of Kashmir, it is always about some new violence or atrocity committed against the local population. Kashmir is the forgotten conflict, the territorial dispute the world chooses to forget. Nevertheless, it is so much more than that.

Kashmir is a beautiful land, with a population immensely proud of their heritage and history. However, that very history has been scarred by bloodshed — and ravaged by those wishing to subjugate the local population for decades if not centuries.

I am of course, talking about the atrocities committed by the Dogra rulers of Kashmir prior to the partition of the Indian subcontinent and ever since then, the Indian government.

There are at least 700,000 Indian soldiers in Kashmir, or 1  soldier for every 10 Kashmiris. It is the most militarized zone in the word, more than Iraq, Afghanistan and  Gaza. These soldiers are not there to hunt terrorists, as the Indian  government would like you to believe; they themselves are the  perpetuators of violence.

But alas, I am getting ahead of myself. Let me share with you part of my family’s history with Kashmir and why the struggle for Kashmiri freedom weighs so heavily upon my heart.

My grandfather, Aga Ashiq Hussain, was born in Srinagar — what is now Indian-Occupied Kashmir — on the 1st of August  1913. He was born into a well-known religious family of Kashmir, and was only two years old when his father, Maulana Fazal Ali Ansari, a revered religious scholar, died. Thereafter, he was brought up by his maternal grandfather, Aga Abdul Karim and his  uncle, Maulana Jawad Hussain Ansari — who had succeeded my  grandfather’s father as the President of Shia Association of the State of Jammu & Kashmir.

Dada [Dada (دادا (is the Urdu word for your father’s father] was groomed in a very unique religious and political environment, and this was not lost upon him. He studied Law from Lucknow University in April 1937 and upon returning home, he started his legal practice in Srinagar. After a couple of years, he appeared in the competitive examination and was selected for the judicial services of the State. He was appointed as the Munsif (Judge) and  was posted in various places in both Kashmir as well as Jammu province. One of his early posting was at Bhimber in District  Mirpur, a district that, as the fate would have it, not only became his second home but also his eternal resting place.

Dada was posted to Sopore in 1944. During this time, movement for independence from the British Empire was at its peak and he, despite the official position, could not be kept from making every possible contribution towards the movement.

In the same year, during a convention of the National Conference held at Sopore, an unsuccessful attempt was made to ambush  Pandit Jawahar Lal Nehru — the future first Prime Minister of India — who had come to attend the convention. Three young freedom fighters were charged with the alleged crime and brought  to my grandfathers’ court for trial in the full glare of a hostile  Indian press.

Dada acquitted all three boys for lack of sufficient evidence, and was branded as an anti-Indian officer by the Indian press.

It was not long before 1947 finally arrived — and with it, the independence of Pakistan and its’ split from the rest of India. Soon after independence, Liaquat Ali Khan — the first Prime Minister of Pakistan — appealed to the nation to help the millions of refugees entering Pakistan. Dada, along with the local leaders of the Muslim Conference, went door to door in Sopore to collect cash

and kind to be delivered to D.C. Rawalpindi for the benefit of the refugee population.

However, his real test was soon to come — and the future of Kashmir was still unknown.

You see, when Pakistan and India gained their independence from the British Empire in 1947, the British leadership gave the rulers of each “Princely State” the right to choose to join the dominions of either Pakistan or India or declare their own independence  entirely. The decision on which country to secede to was to be based on the geographical borders and the religious population of  the Princely States. To summarize, Muslim majority states were  expected to join Pakistan whereas Hindu or Sikh majority states were expected to join India. However, some provinces became contentious issues between the two newly formed states due to the disparity in religion between the rulers and subjects of said states. Kashmir was such a state with 77% of Kashmir being Muslim while the ruler was a Hindu Maharaja.

The Maharaja of Kashmir, Hari Singh, faced with making such a critical choice, chose to play the idle ruler; he waited for the conditions for Kashmiri Independence to present themselves, which they never did.

Instead— he decided to massacre the local Muslim population. Roughly, 237,000 Muslims were systematically  exterminated in a matter of weeks in October 1947.

Now that you are aware of what was going on in the background — back to my grandfather.

My grandfather was declared a traitor and enemy agent  (Agent of Pakistan) by the Dogra government. They issued orders to confiscate all his lands and assets.

Oh, and they put a dead or alive bounty on his head.

Yes, you read that correctly.

Dada was almost killed for Kashmir, and I am certain that he was  prepared to die for it.

I will never forget this fact.

On 30th October 1947 the Indian Army landed in the valley and launched attacks on Baramula and the areas surrounding Sopore. By this time, the tribal lashkars had deserted and run back to Muzaffarabad. With a bounty on his head, and all main roads blocked, Dada left Sopore on a horse and took smaller side roads to Handwara. From Handwara he took small trails, traversed mountains and small rivers and crossed over to Azad Kashmir — what is now the Pakistani-side of Kashmir- from Teetwal in the Neelum Valley. He finally reached Muzaffarabad — some 160 km away — in the middle of November 1947, leaving his mother,  siblings and belongings behind in the occupied Kashmir.

So yeah, that’s a little glimpse into my family’s history with  Kashmir.

As for my grandfather? He settled in the Pakistani side of Kashmir  — what we call “Azad Kashmir” [Literally “Free Kashmir”]. He managed to visit his family on the Indian side some ten years after the aforementioned events, but could not go back to his home or his family permanently. Instead, Dada gave his all to the Pakistani side of Kashmir — he was a Kashmiri through and through.

When he arrived in Muzaffarabad, the newly constituted Azad Kashmir Government was forming a rudimentary administration. He was appointed as the first Deputy Commissioner of Muzaffarabad, a post that he held till 1949. During the posting, he tried his best to serve the people and the government of a war-torn  area — but was soon disillusioned by the attitude of people at the  helm of affairs. He sent in his resignation from the civil service  and decided to move to Mirpur, Azad Kashmir to start his practice  in law. Dada soon established a respectable place in the legal  community of the small town, which was ever to remain his home.

My grandfather gave everything he had to Kashmir, and knowing his history — my family’s history — makes the current events in Indian-occupied Kashmir that much more gut-wrenching to me. From one oppressive regime to another, Kashmir is still suffering;

Since 1989, Indian forces have killed an estimated  70,000–100,000 Kashmiri civilians in Indian-administered  Kashmir [according to the Jammu and Kashmir Coalition of Civil  Society (Genocidewatch.com, 2019)]. The reason for that  ambiguity in the true figure of this number is due to the fact that many civilians are buried in unmarked mass graves — the true number of those killed is likely even  greater than these figures. Aside from the deaths, rape is used  as a tool to suppress the local population — more than 11,100  women have been raped by Indian forces since 1989 and  49% of the population suffers from PTSD.

This is the Palestine you know nothing about. Welcome to the land of my forefathers.

One would think that a disputed territory between two nuclear  armed nations would garner more attention — at least some  — from the nations of the world, but apparently not.

So why aren’t we talking more about this? Why isn’t Kashmir at  the forefront of the issues of the international community?

Well first of all, the Indian government has tried to keep the issue  silent. On August 5th, 2019 the Government of India imposed a  complete communications blackout in Kashmir, violating their  human rights and autonomy in the wake of the passing of a  resolution (Article 370) that denies Kashmiris the right to self determination. This blackout lasted until 10th February 2021. For  1 year, 6 months and 9 days Kashmiris had little to no access to  internet while the Indian government was silently committing a  genocide. The internationalization of the issue is something the  government of India has tried to avoid, which is why awareness of  the plight of Kashmiris needs to be raised. The Office of the UN  High Commissioner for Human Rights (OHCHR) published a list  of violations committed by the regime in Kashmir, which the  Indian Government denies. Just search for “Human Rights Report  on Kashmir.”

Its…you don’t want to believe the horrors you find.

The list of human rights violations is all-encompassing and  disheartening. Mass rape, blinding by pellet guns, torture,  kidnappings, forced evictions and more — the list seemingly never  ends. Furthermore, there is the threat of demographic changes,  which is India’s goal in Kashmir. The government wishes to alter  Kashmir’s status as India’s sole Muslim majority state. This should  be no surprise to anyone familiar with the India’s ruling party — the BJP. Interestingly enough, the BJP is an offshoot of the RSS, a  Hindu-nationalist movement inspired by the fascist movements of  Mussolini and Hitler. The RSS is the same organization that  assassinated Mahatma Gandhi and now they are  effectively in charge of India.

The irony is incredulous!

The Indian government has been taking a page out of the Israeli  playbook and using tactics similar to those used on Palestinians to  subjugate and eradicate Kashmiris.

It is my duty, not only as a Kashmiri, but also as a human  — to raise the banner of the oppressed people of  Kashmir.

My blood is intertwined with the land of my grandfather, and that  is why I will always fight for Kashmiri freedom until my dying  breath.

Consider this piece of writing…a start.