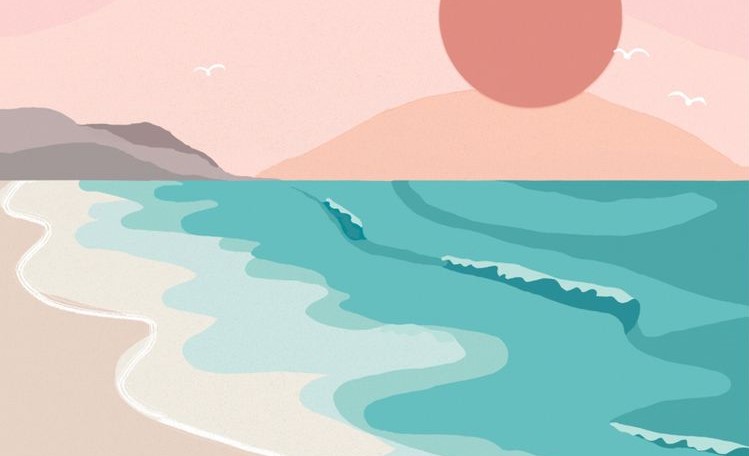 Sand Castle Next To The Sea

Sand Castle Next To The Sea

A few weeks ago, I saw an old ad. Probably from the 50s or 60s. A woman was cooking in the kitchen, she was all pretty and decent, wearing an apron to not get her dress dirty when making supper. Children ran around her feet, begging for her attention. She hushed them away, when the father came home from work. He wore a hat and a coat, kissed the children and they ate in comfortable, dull happiness.

Do ads reflect reality or are we shaping society through them?

I couldn’t get over the “Mom” part. She was cooking, cleaning, taking care of the children and smiling, looking absolutely stunning while doing so. My mind wandered of like a ghost, walking through the streets of my home-village. There are already girls/women the same age as me who have children. They seem happy and I’m sure they’re great mothers. I went back in time and saw my own mom, combing my long hair, braiding it, telling me stories. I’m only 19 and I feel like I couldn’t be more of a child: I drink too much coffee, don’t sleep enough and spend my time mostly daydreaming and writing for a penny or the pure sake of it. Funny how different life is for people after school. Until this big crossing it seems like, at least partly, that we are all the same, following the same path consisting of studying, learning, growing out of this strange phase of puberty, kissing, drinking, laughing. Living life with this freeing sense of recklessness (given you are privileged enough) and the existential need of suffering, because the world is shit and you are young. Some people might stand next to the path, some might get lost on the way, wandering off and finding another path, but still leading to the exact same crossing: 18 and suddenly the burden of having the freedom to potentially do everything you want, because you are old enough, is crushing you. And then there are a million paths going from that, which I only discovered now in retrospect. Suddenly there are less people next to you, you see them standing on another path, holding hands with new friends, going into business and discovering the torture and blessing of the job market, because what else would we do, except for satisfying our imagined needs humanity created.

And to your right-hand side there is this girl/boy who holds a baby in their hands,  looking down at it like they are holding the biggest treasure in the world. And you start to wonder what your life could have been if you had taken another path: where would I be if there was no Covid-19? What if I had not had the opportunity to go to Uni? What would I do? What if I had chosen my boyfriend’s best friend? What if I had never cut my long brown hair at the age of 15? You can play a thousand scenarios in your head, only realizing that it’s alright just how it is. And if you don’t like the path, you could just change it. I’m in awe of mothers (women in general) and fathers, they are incredibly strong and in most cases like a fixing star in the world of their children.

So, do you become a parent or do you have to be born as one? I don’t know. According to my observations they just are. Seeing someone you have known your whole life as the irresponsible, funny party-dude suddenly can’t be seen without a stroller anymore, carrying the diaper bag and booking appointments for their wives/girl-friends/baby-momma at the gynecologist, because he might be afraid that something’s wrong with the baby and you rest your head in your hand and wonder how you could have ever seen him as irresponsible in the first place.

You realize that people change and you in your eternal wisdom at the age of 16 didn’t really know the world at all, which is just so frustrating I can’t admit it to anyone out loud. You just focused on your path and not looking left and right what other options there were, because they were not for you.

How complex society is and how little the human brain is capable of realizing its mechanism and structure. Probably almost no one can imagine being parents until they just are. Of course, there are exceptions, just think what a great mom Mary Poppins would be. But who am I to judge and think?

The metaphor of the paths of life was probably just a pipe dream, conjured by the overdose of caffeine running through my veins. The picture is already fading, crumbling like a sandcastle getting washed away by the sea.