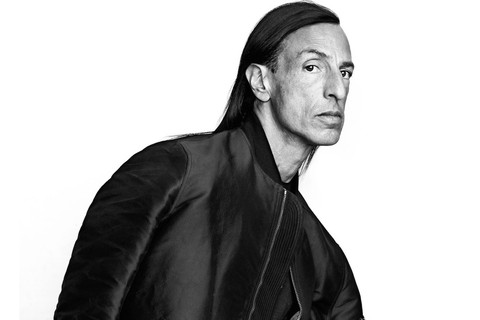 There is one question you’re always confronted with working in the Fashion Industry. People would always try to compare two visually ‘similar’ creatives to figure out who is THE ONE. If you’re a huge fan of avantgarde fashion you’ll be confronted with who’s doing better, Rei Kawakubo or Rick Owens. There is probably no other question that would drive the community crazy.

But if you’re searching for an answer, here is Owens career synthesized just for you.

Growing up in his hometown of Porterville, Owens first studied fine art at the Otis College of Art and Design after graduating from high school in Los Angeles in the 1980s, and then graduated from LA Trade-Tech College where he graduated two years later In 1994, Owens and Lamy launched his own fashion label Rick Owens with a women’s fashion collection, which he sold exclusively to retailer Charles Gallay of LA and then to Maxfield LA in subsequent years.

In September 2002, Owens, with the support of Anna Wintour, showed his first catwalk collection at New York Fashion Week. He then received a job at the French fashion company Revillon Frères, for which he first presented a collection in 2003, which is why he moved with his own fashion brand to Paris. Since then he shows his high-priced collections at the Paris Fashion Week. In 2005, the ladies second line Lilies was added to the Owens portfolio. The work for Revillon finished Owens in 2007. In the same year the ladies luxury line Hun Rick Owens was introduced (from 2007 to 2011 called Rick Owens Palais Royale). In 2008, Owens introduced the denim two-line DRKSHDW (for Dark Shadow) by Rick Owens. A furniture line is also part of the Owens range.

Stylistic elements in Owens’ avant-garde fashion include androgyne unisex designs draped around the body, solid-colored fabrics, elongated tops, tank tops, tunics, the demonstrative use of leather and zippers, bomber and leather jackets. His high-quality designs were compared with the clothes of post-apocalyptic societies, as shown for example in the Mad Max films. Owens uses elements of grunge, goth, rock and punk in his collections, preferring neutral colors such as beige, gray, white and black.

“For me, as a teenager growing up in Porterville, California, what Larry LeGaspi did was a huge thing—the way he infiltrated middle America with this subversive sensibility […] [h]e connects with soul culture—black soul culture and music […] [a]ll of this stuff coming together was very important to this kid in Porterville.” And, “I do think of Larry’s as a kind of biblical story… about the glory of lust and vice, something I talk about a lot, but also about dissipation and decline—which I also talk about a lot… When I was 15, I wanted to be dissipated. And now I am, a little bit. But there is also responsibility.”

In 2013, Owens began working with Adidas on high-end sneakers. He designed backpacks and bags for Eastpak. In 2018 and 2019 Owens collaborated with Birkenstock and designed a series of shoes in his typical style.

At the end of the day, to understand a true supporter of avantagrde fashion, there is no him or her, or this or that. Fashion is about expressing, there is no better or stronger. Every creative mind, who finds his/her way and medium to express, is a matter of appreciation. It’s on you how you want to include it to your lifestyle and interpret it your own way.