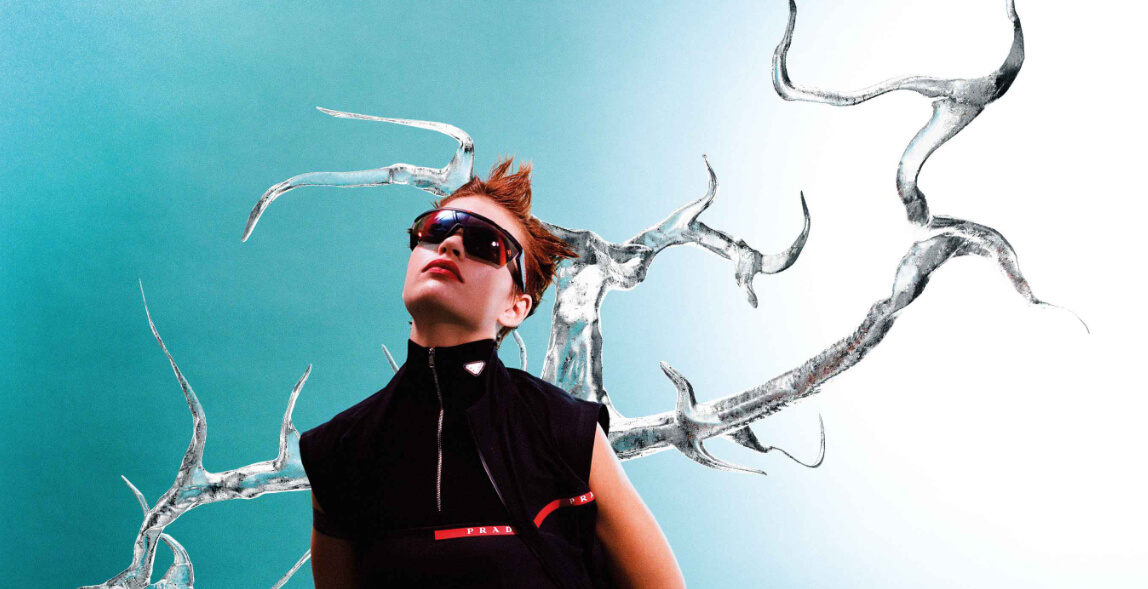 The portrayal of internal anxieties and paranoias of the collective are revealed. It feels subliminal to be so close to what concerns us — humans — possible representations of it, almost derisive, yet so detached. Virtual realities.

Virtual spaces show how we are at odds with our surroundings. They dissociate us from reality, visualizing forms of existing that are unsuitable to the human subject: environments devoid of soil, wind, sun, oxygen, gravity; ecosystems with extremely low or high temperature conditions and the peaceful coexistence of various organisms which nature is unknown; computer-generated universes where living elements overcome all kinds of threats against their survival. They abolish fixed boundaries between man and nature; rational and irrational; body and spiritual; life and death; cause and effect.

Isn’t it great to exist where we don’t exist, along with other non-exceptional living and nonliving subjects? A time that has no before, no after. A place where humans and nature and all those contradictions are not part of, but one single entity.

But if the human subject is no longer a differential constitution from other living and nonliving organisms, then how can anyone experience moments of profound abstraction or hypnosis, caused by what?

Choking gulps loaded with divine admiration and utter fear — a state of altered consciousness trying to grasp the ungraspable, memorizing the contours of the haze, enunciating the evocative, extending the ephemeral. The sublime.

The duality between man and nature has set a power relation, creating tension between one and the other, shifting over time. During the English Romanticism of the 18th century, Nature was believed to be godly, omnipresent, an energy outside of humans. Beholding its might and holy beauty, Nature was surreal and it triggered paranoias and anxieties in those who witnessed it.

And then technology appeared — an opponent to our reality, a subliminal presence that acknowledges the possibility of creating and perceiving something that’s outside our reality.

In creating virtual realities, we are forced to reimagine the human subject in a new social, ethical, and political ecosystem matching the values of such realities. And vice versa.

By reimagining the human subject new realities need to come up, respectively. The growing number of hypothetical, self-contained planes of existence endorsing sets of values that are not common to the natural state of our reality recognize the need for a paradigm shift, where cycles of birth, life, transformation, and death are not only visceral to those hypothetical living resolutions, but to ours, too.

Many point at the post-human, a concept mediated by technology, to be in capacity to gracefully shift and embody the values of each of those realities. If we allow the post-human to inhabit virtual realities, embracing inclusivity, diversity, and plurality in a highly digitalized context, can we come back to the natural world and reterritorialize the human subject?

The natural world is increasingly becoming coupled with digitalization and the possibilities that media technologies can foster on a daily basis, such as idealizing a human subject — be it a representation of our own persona or the general concept of human nature — with extended capacities to interact in this reality or in other metaphysical worlds. And that interwoven relation may be the one establishing a fine line between new forms of illusion, delusion, and reality.

Virtual realities that contain order, elements, aesthetics, and values we cannot truly grasp are here. They appear in front of us and we cannot resist, as if technology could have life on its own, able to project our very own alter-ego into a space with its own rules, living there in symbiosis with the development of digital tools.

Unknowingly — and perhaps somehow knowingly — we submit to the hopes and pleasures portrayed there. We embrace anxieties of the collective consciousness. We connect with technologies through our thoughts. We fall for a reality that on all fronts is converged by digitalization. We crumble in front of meanings we cannot seize. We surrender. We surrender, like a spell, to what virtual realities portray.

We are embodied beings affected by the technological revolution, and the post-human is situated among living and non-living beings, where mind, body, and the virtual seamlessly and directly interact with each other.

In believing this, we are able to decenter the human, and a sense of liberation and fear stir up in a subtle, ephemeral — almost sensual — post-subliminal moment.