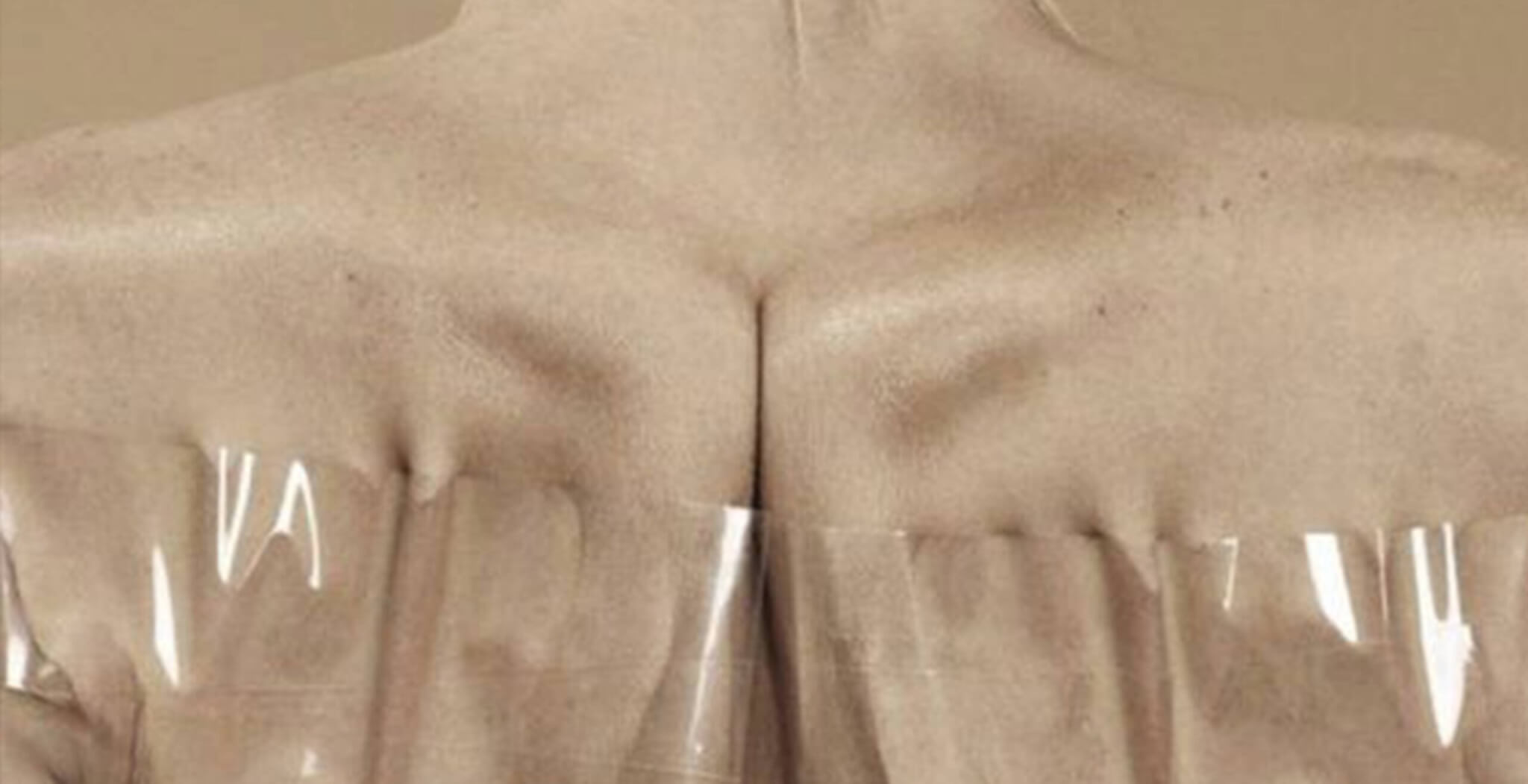 Fashion trends are nothing new; they come and they go. And for countless seasons they have come and gone faster than ever. Apparently, the ever changing trends now do not stop at the wearers.

The return of low-rise jeans and miniskirts last year was the harbinger of another “comeback” that was just around the corner: being thin is once again “in”. Whether on the runways or in campaigns, fashion lately has been all about collarbones, concave bellies and visible hip bones.

We remember: The 90s fashion world was characterized by lanky models with stringy hair and dark circles under their eyes. Photographers like the brothers Mario and Davide Sorrenti or Corinne Day staged Kate Moss and Jaime King in a fragile manner. Looking as emaciated and neglected as possible was suddenly totally en vogue. This controversial trend was called “Heroin Chic” – it came to an end with the death of 20-year-old Davide Sorrenti in May 1997. But the fashion world quickly gave women a new beauty ideal in the form of the tanned, athletic Gisele Bündchen. Even if the new models were a little more sun-kissed: Thin bodies remained the mainstream ideal for nearly two decades – until the 2010s, when the Body Positivity movement gave different body shapes their stage and declared radiant health the new status symbol. “Love your body as it is,” was the message, which, while well-intentioned, created renewed pressure. Now the hype of looking as healthy and muscular as possible has triggered a counter-trend: namely, to declare war on the glorified wellness ideal with a fucked-up attitude.

Now the pendulum seems to be swinging the other way again. Influencers, such as the Kardashian clan, which is actually known for its curvaceousness, show themselves clearly slimmed down, and the return of low-rise jeans suggests bad things to come. Now even the New York Post headlined: “Bye-bye booty: Heroin chic is back”. This is partly due to the US magazine New York Post, which posted an article titled “Bye bye Booty: Heroin chic is back”. And let us mention in advance: Using women’s body shapes as a means to discuss fashion trends is lazy journalism at best and extremely damaging to women’s mental health at worst.

The article suggests that where a few weeks ago either body positivity or cosmetic surgery were en vogue, now everyone has to please be thin again. Come what may…

A statement that, despite the article being somewhat critical in itself, is causing a stir. Actress and activist Jameela Jamil finds clear words on Instagram: “I belong to the generation of the first heroin chic wave. We never fully recovered from it, I lost two decades of my life. I CALL on you to clearly reject this trend and people, magazines and other media outlets involved in its spread. […] Men aren’t handed a dossier every ten years saying what new body shape they’re expected to have, either.”

Many also comment on this topic on Twitter: “The ‘heroin chic’ headlines scare me” or “Side effects of drug addiction should never be a trend”. Concerned voices also comment on the topic: “Discussing this trend will not only trigger a new wave of eating disorders and relapses, it is also an insult to those who have lost someone to addiction. Addiction and the threshold of death are not desirable ideals of beauty.”

But the romanticization of eating disorders and self-hatred (because of one’s body) is nothing new – remember tumblr? Back in the noughties Thigh Gaps were the trend everybody wanted to have. And to this day there are still countless websites and posts about how having a gap between your legs means your body is more desirable…

However, the root of the problem does not lie in BLLs or Thigh Gaps – it lies in a seemingly never-ending battle against women that has always been waged on their bodies. A few years ago Buzzfeed published a video dubbed “Women’s Ideal Body Types Throughout History” showing how the standard of beauty for women has changed dramatically over time. The only thing that has changed is the speed at which women are handed a dossier on how their body should now look.

When the female body is considered a trend and treated the same as clothing, there are no winners except diet companies and plastic surgeons. Women risked their health with corsets in the 16th century, starved themselves in the “heroin chic” era, and laid on the operating table in the last decade to get curves – and now drugs are being abused to get rid of those curves. Right now, slimmer women are being put on a pedestal until the next body type takes over.