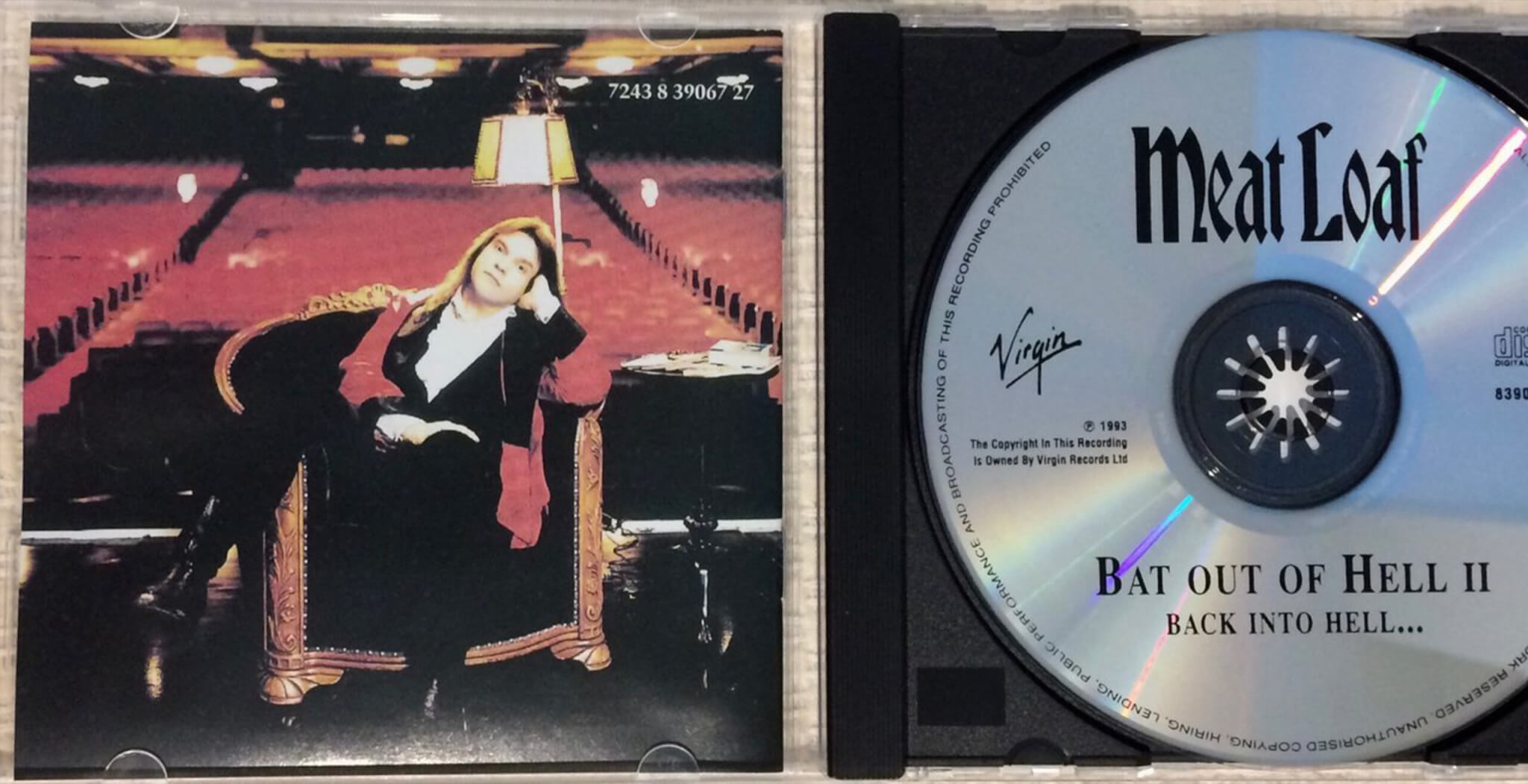 “The beat is yours forever

The beat is always true

And when you really, really need it the most

That’s when Rock and Roll dreams come through“

(Rock and Roll Dreams Come Through)

For a lot of people this name might not ring a bell, but most people will be familiar with his stage name – Meat Loaf.

Meat Loaf’s career has spanned over six decades and included twelve long players and over 60 acting credits. He showed off his acting skills in cult classics such as “The Rocky Horror Picture Show“, “Fight Club“ and even the Spice Girls vehicle “Spice World“. It doesn’t matter if you are an avid fan or not, you surely came across his works more than once in your lifetime.

He died at his home with his family by his side and upon hearing it I was instantly down. It felt like I just lost a friend. Like I lost somebody, who carried me through some of the roughest days of my life.

His early life was everything from easy and he suffered from his father, who turned to alcohol after returning home from World War 2 and who often disappeared to go on drinking binges, with him and his mother spending weeks driving around the city to look for him.

He moved to Los Angeles in the late 1960’s, working minimum wage jobs and auditioning for acting roles in movies and musicals. He was hired to act in the counter culture musical “Hair“ and in “The Rocky Horror Show“, which was later turned into the now world-famous “The Rocky Horror Picture Show“. His stage performance got him a contract at legendary soul label Motown Records and in the early 70s he also met Jim Steinman, an American composer, with whom he would in 1977 release his first solo album.

The name of his debut was “Bat out of Hell“, which today it is one of the best-selling albums of all time. That was way before I was even born. I was introduced to his music in 1993.

It was Christmas of 1993, when at the age of six I was gifted my first CD – his LP “Bat out of Hell 2 – Back into Hell“. That year there was no way of not hearing his single “I’d Do Anything for Love (But I Won’t Do That)“. It became a number 1 single in 28 countries and I think it might have gotten the most plays in my older sister’s room. When it was released as a single she directly went to the record store, bought the single version and played it non-stop.

So when we took our annually Christmas trip to visit my grandparents I was more than happy, when I opened my present and laid my eyes on this awesomely painted cover with a muscle-packed, long-haired guy riding a flying motorcycle directly at a giant bat sitting atop NY’s Chrysler

Building. Bound to said building was a beautiful female angel. Even though “internet bros“ might have ruined the word, you can only call that artwork “epic“.

I’m not going to include the cover here, because I want your imagination run wild.

Go on… open up another tab and google the cover. Done?

Ok, now you can close your mouth that I know is standing wide open from being amazed by this artistic rendering of Meat Loaf’s sound.

Let’s go on. Back then I did not speak any English, but I already understood the language of music videos and Meat Loaf has always been a master of that. The video clip for the aforementioned “I’d Do Anything for Love (But I Won’t Do That)“ was directed by Michael Bay, who would later go on to direct movies like “Armageddon“, “Pearl Harbor“ and the “Transformers“ franchise, and showed a “Rock‘n Roll-esque“ rendition of the classic fairy tale “Beauty and the Beast“.

The fact that Disney’s “Beauty and the Beast“ was released in cinemas in 1991 and was the first movie I ever saw in a theater might have played into Meat Loaf’s hands in getting me to become a fan. His music videos were simply bombastic and more like short movies.

Since then I can’t think of any time, when I did not listen to his music and when I finally learned English in school I finally got to understand his lyrics.

Another favorite of mine since I was a child was the album’s second single “Rock and Roll Dreams Come Through“. The music video showed Meat Loaf as a fortuneteller inside a juke box not only comforting a teenage runaway (played by a young Angelina Jolie), a young boy, who is about to join a gang, an alcoholic and a blind woman. It is the ultimate “Don’t give up“-anthem.

I know that on the day of my marriage, sometime in future, our first dance will be to that song.

„I treasure your love, I never want to lose it

You’ve been through the fires of hell

And I know you’ve got the ashes to prove it

I treasure your love, I want to show you how to use it

You’ve been through a lot of pain in the dirt

And I know you’ve got the scars to prove it“

(Rock and Roll Dreams Come Through)

“I treasure your love“ in his powerful voice is the ultimate, romantic way to start a song. Give that record a spin, my friends.

In my late teens I “rediscovered“ one of the songs, that I never paid that much attention to when I was younger – “Objects in the Rear View Mirror May Appear Closer Than They Are“. The song’s title is inspired by the safety sticker found on car side mirrors and the lyrics deal with a man being haunted by tragic memories of his past. It’s very autobiographical and picks up the theme of Meat Loaf’s alcoholic father, the death of a childhood friend and lost love. Especially the third verse got me. That’s a heartbreak staple for sure.

The video was also directed by Bay and featured a Robert Patrick, in movie circles known as the T-1000 from “Terminator 2“, as the young Meat Loaf’s father.

You see, so many of us are haunted by events or actions of our past and I remember the worst heartbreak of my life and that the first thing I did after the split, that I instantly regretted, was posting the following lyrics to my tumblr

„There was a beauty living on the edge of town

She always put the top up and the hammer down

And she taught me everything I’ll ever know

About the mystery and the muscle of love

The stars would glimmer and the moon would glow

I’m in the back seat with my Julia like Romeo

And the signs along the highway all said

Those were the rites of spring and we did everything

There was salvation every night

We got our dreams reborn and our upholstery torn

But everything we tried was right

Just like an angel rising up from a tomb“

in hopes my ex would see it and understand that I was in total pain after losing her. Pretty pathetic, right? But I was in my early twenties and back then “too proud“ or better said too plain stupid to cope with my feelings to just pick up the phone and tell her how much I missed her.

For a very long time I always could “see her rising up out of the back seat now / just like an angel rising up from a tomb“. I was alone and felt terrible. Fortunately I wasn’t alone, because Meat Loaf was with me sharing the same feelings.

Just like he said in “Rock and Roll Dreams Come Through“

“You’re never alone, cause you can put on the phones /

and let the drummer tell your heart what to do“

Talking about the power of music, right?

And he was right. Those “objects“ only appear close. But they are of the past and life has to go on.

Of course “Bat out of Hell 2“ wasn’t his last release. He went on to release six more studio albums and continued to tour the world. I always wished to see him play live, which unfortunately never happened, but “Bat out of Hell 2“ will forever be one of my most cherished albums of all time.

Meat Loaf might have left the stage, but his music is forever, because there will always be someone needing his uplifting words and the comfort he gave us.

But he will surely be missed.

Rest in peace, my friend.