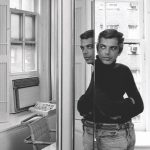 His own way to success –  Ralph Lauren as role model

His own way to success –  Ralph Lauren as role model 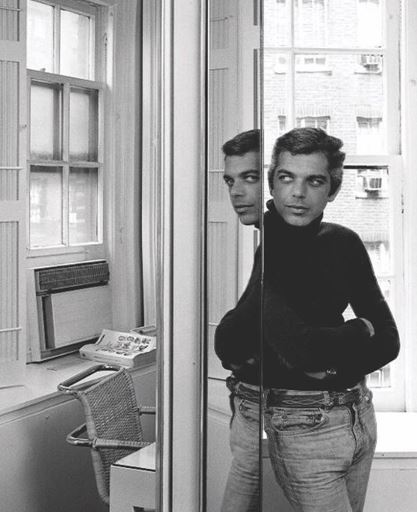 Ralph Lauren (also known as Ralph Lifshitz) lives the American dream. It’s obvious that you can go a conventional way, which is probably the easiest way for anyone to go. But with a lot of effort, sweat, tears and even more sweat, everyone can be his lucky blacksmith. Everyone has his destiny in his own hand. And that’s what Ralph Lauren stands for.

The man with Jewish roots, who was born in the Bronx on October 14, 1939, and changed his last name at the age of 16, had a special flair for fashion from an early age. Already at the age of 12 he invested his money in expensive suits.

As he grew up and aged, and was in high school, he was already running his own business model. Ralph Lauren created his own ties at the age of 16 and sold them to his classmates. No one could have imagined that these neckties would become the foundation of his empire.

At the age of 16, young teenager  had completely different interests in his head, but Ralph was one of those clever people who already knew what he wanted to become one day and did not let himself be distracted from his path.

After graduating from high school, Ralph began to study economics, but he didn’t like it at all. He was exmatriculated after a few years due to poor performance. After his college dropout, he served two years in the United States Army in 1962. As fate would have it, he met his wife Ricky Anne Low-Beer in 1964 (Dylan Lauren), the receptionist of his then-eye doctor. They married in the same year and gave birth to three children. David Lauren, Andrew Lauren and Dylan Lauren

After all his troubles, with the more failed degree course that was obviously not for him, and with the military service that he did that was also not for him, Ralph Lauren began to work in 1967 with a tie manufacturer that bears the name Beau Brummel. He asked the company president to produce his own tie line. His neckties had the special feature of being thick and robust, which at that time was like a rebellion of society, as the ties were very thin and lean. What could not be missing, of course, was that every tie had the Polo rider embroidered on it. Ralph Lauren gave his brand the name “Polo” because he is a sports enthusiast, and his fashion line could call bad basketball. The designer with Jewish roots implied that polo was a demanding international sport.

But let’s get back to the subject of ties. One day, when all the hard work paid off, Lauren had an appointment at one of the most prestigious malls in America. Namely the Bloomingdale’s. They were very interested in exhibiting his ties in their department store, but only if he made some changes to them. These were: The ties smaller to design and give up the name of his brand, and rename him “Bloomingsdale’s”. When the former Herr Lifshitz listened to the changes, he grabbed his seven things, and left the mall afterwarsa. Lauren was very buckled after the defeat, but his wife Ricky, is like a rock in the surf, and did not leave his side, and encouraged him.

Time passed and after 6 months Bloomingsdale’s contacted Ralph again. With the statement that he was the only one they had seen with the tie construction like that. And if he would like they would love to sell his neckties at Bloomingsdale’s without makinga ny changes.

At the age of 26, when he came back to Bloomingsdale’s, and he was now allowed to exhibit his ties – he was struck by a lightning. The man who’s carrying the American spirit on his shoulders saw a stand that designed exactly the same ties as he did. A Bloomingsdale’s associate came to him and said, “The ties across from you are not the same as yours. The difference is that you make your ties with passion and love.”

Finally, in 1968, his first collection was released under the name “Polo Meanswear & Co. He never dreamed he would make it this far. Ralph was also the first to make it to Bloomingsdale’s to have his own store in the mall. A few years later, in 1971, he also presented his first women’s collection. Although he was against to create women’s fashion, he did it in the end. The Ashkenazi Jew, whose parents were originally from Belarus, presented his first female collection in his office, which was designed like an apartment. Chairs were offered as seating to watch his debut show of the women’s collection. After the first presentation of his women’s collection, he was sure that he would never make women’s fashion again, but he was successful and it went better than expected.

‍
In the course of his career he threatened to fail because he almost went bankrupt. Everyone stood behind him; his team his woman Ricky, and his partners who just ran Bloomingsdale’s Mall. However, with his savings, he was able to pull himself out of the swamp of bankruptcy and make history.

If you don’t know what the American dream means, I’ll explain it to you: “The American Dream” means that anyone who works hard for his goals can acquire a higher standard of living in his future. Ralph Lauren embodies this mentality. It began with him, in a small area in an office, where he sewed his ties himself, and today he has a fortune of 7.5 billion dollars.

Ralph Lauren never saw himself as a fashion designer, although together with Karl Lagerfeld he is one of the most renowned fashion designers of our time. What Lauren liked to wear was found on the catwalk. But what really set him apart was not only his ambition, but how he saw the world. The man with the Polo brand was inspired by everything around him. From his fellow men, nature, black and white films – and and and …

The models he picked out were also never conventional models as you knew them. They were writers who inspired him, or friends off friends. Lauren was also the first to run a black male model for his catwalk as a front model. At a time when racism was still written big on the forehead of some people, Ralph Lauren still did his own thing, running Beckford Tyson as a front model for his Polo Sport line. His brand is wide spread. As just mentioned, there is the Polo Sport line, Polo Ralph Lauren, RL Classic, Double RL and Ralph Lauren Home for interior design.

Lauren is not interested in superficialities such as ethnicities, skin colour or any other diverse ridiculousness. He is interested in the person himself. He also put everything that inspired him into his projects.

The best example of this is his runway show in New York Central Park, where he celebrates 50 years of Polo Ralph Lauren. Several models ran for his event; children and the somewhat older generation. He celebrated the event as if it had been his last, and it hit him like a bomb. Of course, he invited great personalities from the industry and other Hollywood celebrities such as the Kennedy’s, Bush’s, and Sarah Jessica Parker.

‍
The man who reflected the American dream also stands for love. Everything he did, he did out of pure love. The way he sees the world is unique. He didn’t let himself be inspired by the outward appearance of a person – he looked beyond the rim of his plate and looked at the being from the inside, and could infer from it whether the person had a story to tell. And this red thread still runs through his collections today.