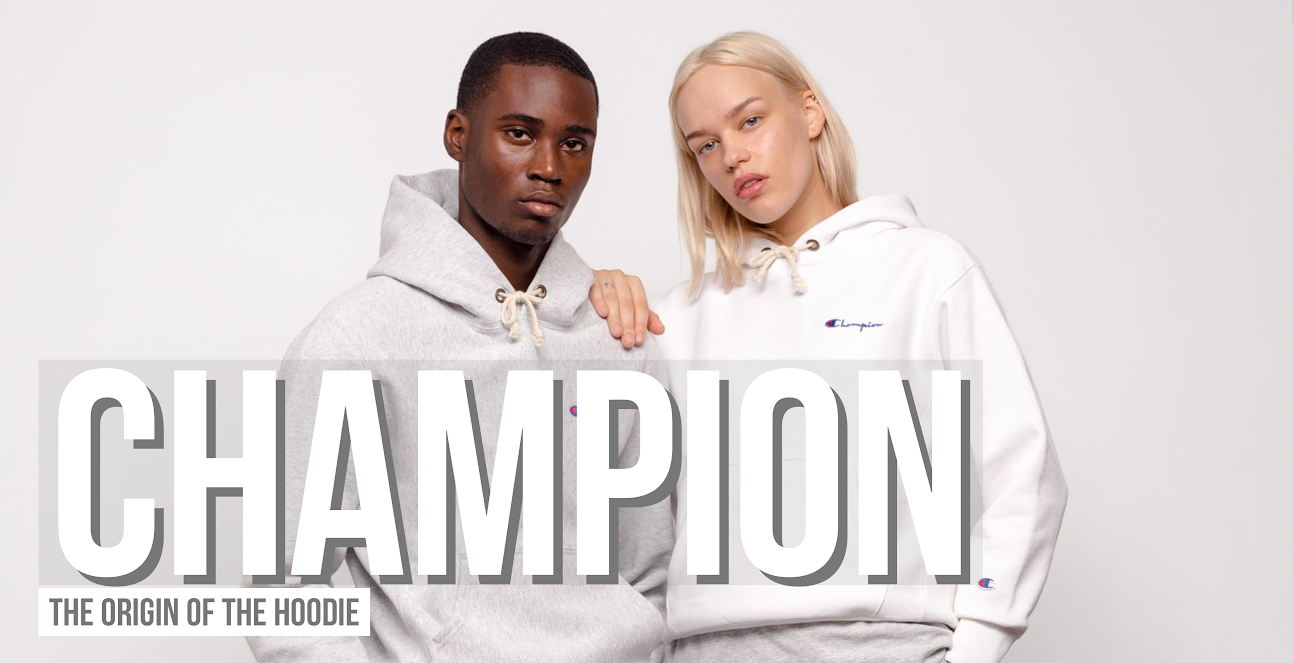 Interestingly, everything we come into contact with in our daily lives has a story. Whether it’s the wardrobe you open every day to get your things out. Or the street where you live. Really everything. But today we’re going to look at the hoodie, which was invented by CHAMPION.

The hoodie made its debut in 1934, when Champion produced the first college apparel for the University of Michigan, and thus the first hooded sweatshirt. The hoodie served as an effective way to warm up on the sidelines during games.

Until now, sportswear was often made of wool and quickly became uncomfortable on the skin, especially wet. Cotton remained good to wear, was more flexible and lighter.

Four years later, Champion launched a new innovation – the Reverse Weave. To overcome the shrinkage that came with frequent washing of sportswear, Champion invented the world’s first technical sweatshirt. The Reverse Weave sweatshirt, is cut from coarse fabric to prevent shrinkage. It was quickly adopted by sports teams from the USA.

A garment designed to keep a player from getting cold – became a huge trend. Especially in subcultures. At the end of the 80s and beginning of the 90s, the hoodie was celebrated in hip-hop and punk and extremely dominated the streetwear ranges.

As a testament to Champion’s rich heritage, the Reverse Weave hoodie was exhibited at the Museum of Modern Art (MoMA) in 2017 as part of the exhibition “Items: Is Fashion Modern? “, which showcased fashion items that have had a powerful impact on modern society. In 2018, the hoodie became part of the permanent collection.

To this day, the hoodie is an essential piece of clothing that is celebrated and should be in every wardrobe. It’s hard to imagine the streets without it.

Champion is still internationally successful today. The brand has understood how to revolutionize sportswear and permanently rethink it. Hoodies, reverse weave, nylon mesh fabric and more: the brand’s roots can be found as an integral part of all collections; with new interpretations in cuts, colours and styles. Champion skillfully combines practical sportswear with nostalgic vibes and modern streetwear influences.