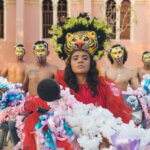 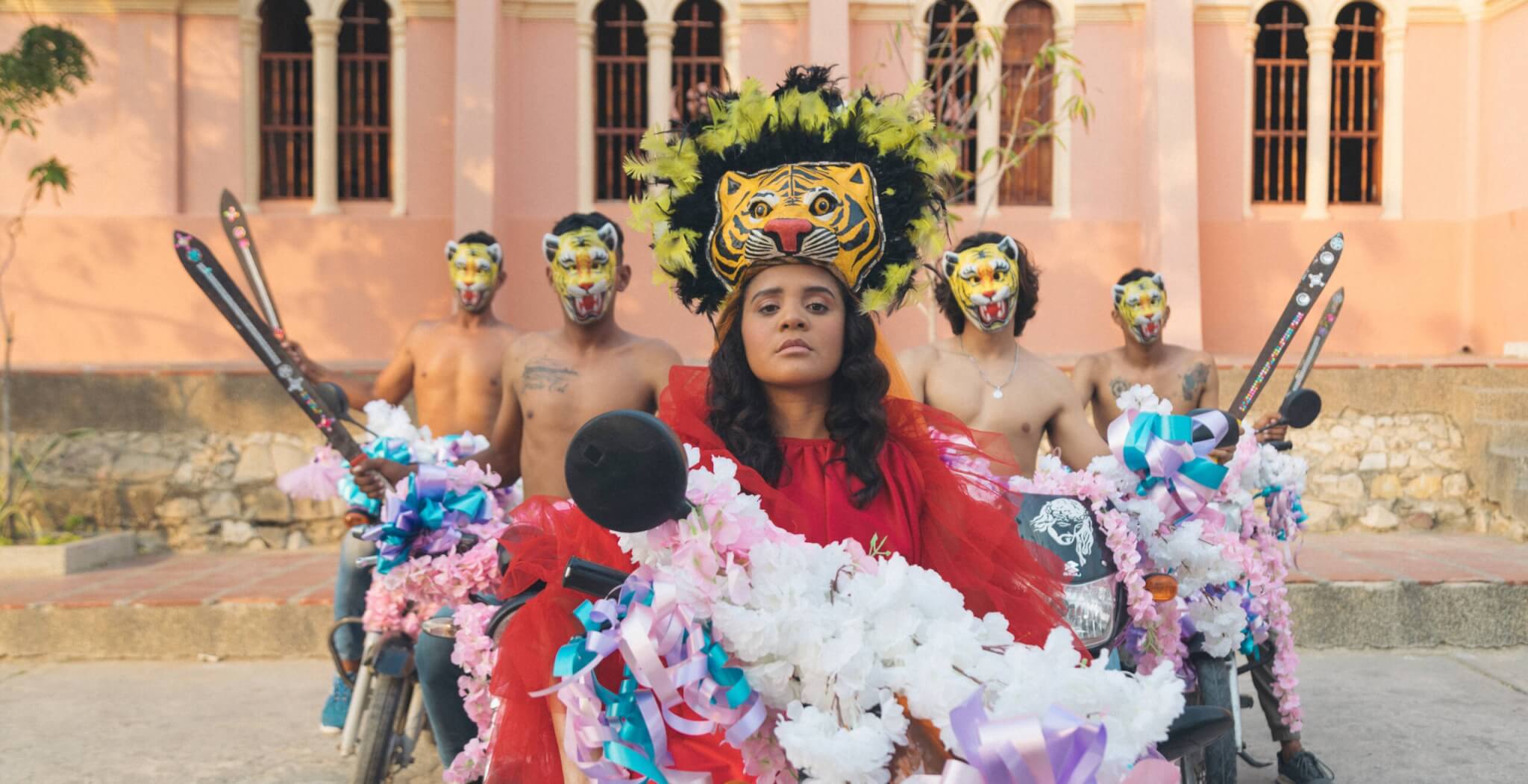 Only a couple of days to Lido Pimienta’s show at Kantine am Berghain in Berlin, we talked with the Colombian-born, Toronto-based musician about the different layers, identities and experiences coming together into a unified artistic, personal and emotional piece, or as she describes it, into a mango that’s ready to drip its juice over the ones who crave for it. Let us first introduce Lido Pimienta and her work that’s put her in the spotlight over the past years.

Cumbia, Afro-Colombian, synthpop and electronic sounds take on a new meaning in Lido’s most recent album Miss Colombia (2020), which title refers to the episode when Miss Colombia 2015 received the Miss Universe crown by mistake. With this in mind, the album alludes to uncrowning the racist, misogynist, white elite that rules everywhere around the world and it reclaims the space for those whose identities are subdued by mainstream narratives of beauty.

“Nada,” one of the 11 songs collected in the album, features Li Saumet from the highly esteemed psychedelic cumbia band Bomba Estereo and the video portrays a story that takes place in colonised Colombia. “Pelo Cucu” is about the stigma around African hair: “Mi mamá quiere casar (cucu, cucu) / Pa’ mejorar la raza (cucu, cucu) / Y ya nunca tener más (cucu, cucu)” [Mi mom wants me to marry to improve the race and never have ever again cucu hair].

Lido’s talent to compose music has earned her the Polaris Music Prize — Canada’s highest music award based on artistic merit — for her sophomore album La Papessa (2017), a juicy prize of $50,000, while Miss Colombia made it to the nominees for the second time in 2020. The awards event in 2017 got the attention for two reasons. First, Lido Pimienta’s album was the first album not recorded in English or French to win an award. And second, her performance shocked the audience when she invited the “brown girls to the front” and stopped the show to address a white volunteer who refused to move to the back. “You’re cutting into my set time and you’re disrespecting these women, and I don’t have time for this.”

While some have referred to this event as reverse racism, it has furthermore garnered Lido popularity for being unapologetic in empowering discriminated communities. At the moment, she works with indigenous women aspiring to become musicians and collaborates with organisation Fuerza de Mujeres Wayuu (Wayuu is one of the indigenous communities based in the Colombian Andes).

Your album is named Miss Colombia after the Miss Universe event in 2015. How does the essence of your album relate to that event?

Colombia is a country with an obsession with beauty pageants and is obsessed with standards of beauty that exclude black and indigenous women.

When specifically a black man gives the crown to a white Colombian queen to then give it to an Asian queen, made the country (or rather the population obsessed with the meek standards of beauty) enter a phase of rage that is still happening now. I don’t know how welcome Steve Harvey is in Colombia…

So this sentiment of exclusion from the conversation of what makes someone beautiful is prevalent all through the themes of the songs in Miss Colombia because I too was a victim to the bullying from tiny white Colombians in school that were thought to hate from a young age by their classist and xenophobic rich white parents.

I can’t say things are much better now, but at least people like me have more access to communicate through platforms and raise awareness and make beautiful art. In a world that tells us we aren’t enough, we prove them wrong again and again and again. It’s a way of life at this point!

I’m fascinated by the aesthetic approach in the videos. “Nada,” with Li Saumet, I presume the story is about colonialism, slavery, motherhood and death. What’s the story behind it? How does it resolve?

I wrote the treatment as a cynical love letter to the romanticisation of marriage, and the pressure women have on them to find a Prince Charming and make a family before they turn 30. I set the scene in colonised Colombia by the riverbank where women, the lesser of the binary, carry clothes on their heads to wash with their children by their side.

It’s the story of two sisters — Liliana and me — and Liliana as my big sister helps me take some seeds that will put me to sleep for many years so my family doesn’t force me to marry as they did to her.

The sequel of the story will happen eventually and people can see how the story continues. I direct and art direct and/or write all of the stories behind all my videos. “Nada” did not end up being exactly what I wanted in the end, so it’s exciting to have a second chance at the narrative and direction of it.

Your bio reads that there are so many layers to your identity. How do these different narratives find a place in your creative process and epitomise in your final product?

It is a natural condition of a human being to be multilayered. The fact alone that I am womxn proves it.

I do not need to pay homage to any of my layers for I am naturally myself and all the things that make me — culturally, artistically and spiritually — live at peace because my identity is true. I don’t borrow or steal where I come from or what is naturally in me from birth.

I respect and love myself and that is enough and what makes me so unique and powerful.

Would you say you are fragmented or whole?

I am a beautiful beast of the sand and the ocean, intelligent, ethereal, massive — a genius.

Can you embrace different cultural identities without being political?

Being me is immediately deemed as political because I am not white. Non-white people don’t ever get the privilege of existing without the weight of a heavy backstory hovering over like a shadow of pain and sorrow.

I don’t need to ‘embrace culture’ I am the culture.

Last question, where are you mentally, emotionally and creatively at present?

I am inside a juicy and ripe giant mango waiting to be cut in half and drip with my juice all over the bodies of the ones ready to eat from me.