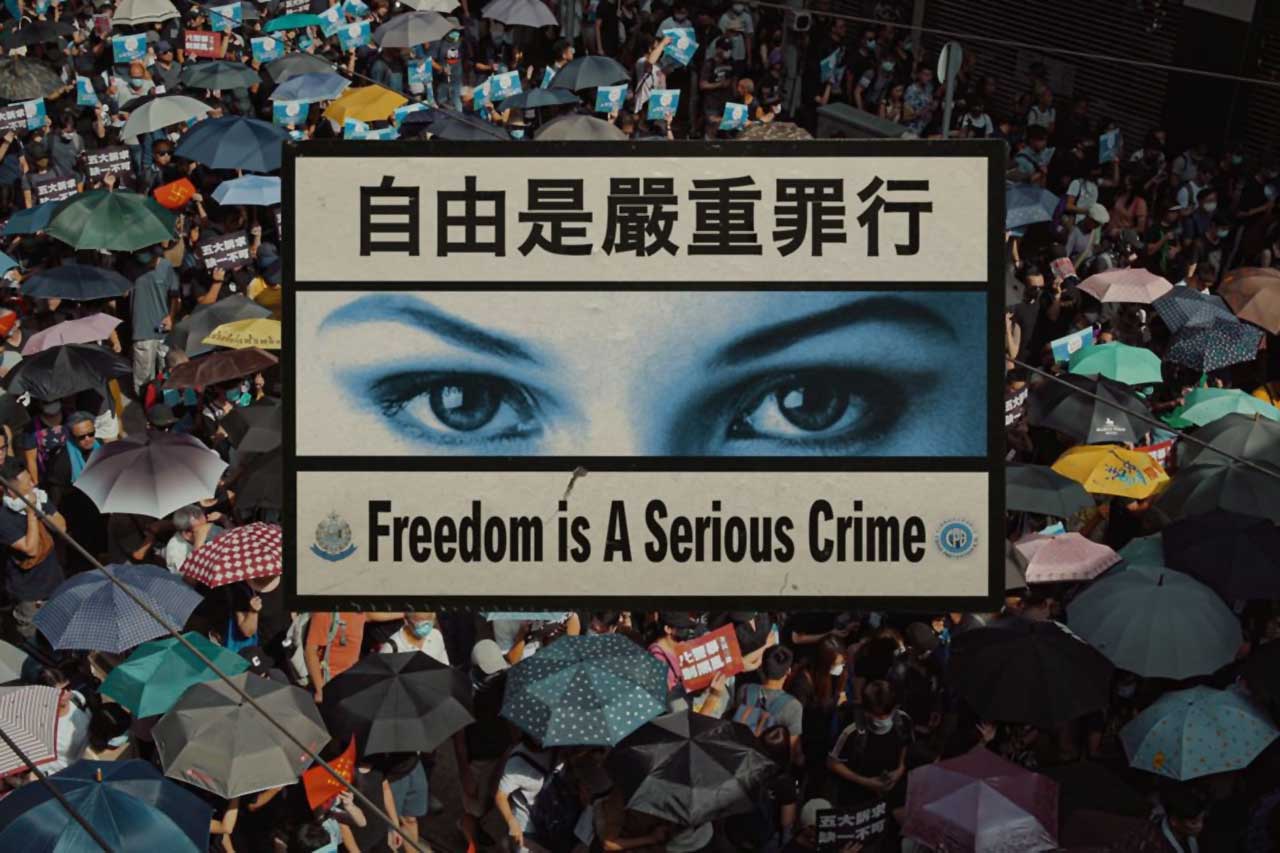 Freedom is a serious crime

Freedom is a serious crime

Artists and activists in Hong Kong have to choose between fighting and fleeing as more and more people who speak out against the government get arrested after a controversial so-called “security” law became applicable.

The world has been watching but COVID-19 catched our attention while the protesters are losing momentum. But the central government in Beijing won’t stop their actions and continues to violate the agreements reflected in the Basic Law of Hong Kong and now it’s more time than ever to pay attention to the newest and disturbing developments.

Among the arrested artists and activists are the media entrepreneur Jimmy Lai, one of the harshest critics of the Chinese Leadership, and Agnes Chow, one of the well-known faces of the student movement for democracy. Their crime? Voicing their opinion which has been criminalized through the new law.

“Freedom is a Serious Crime” encapsulates some of the events and adds social commentary to form a breathtaking and shattering visual statement of the battlefield that Hong Kong has become in the constant struggle to save democracy and freedom.

Although this short movie contains only scenes from 2019 and was made before the new law became applicable it sends a timeless and upsetting message of how the loss of democracy and freedom will impact the life of every citizen. Hong Kong is still the gateway to Asia – but for how long?