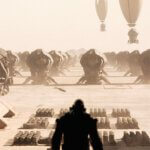 Dune – The Second Coming Of Christ: In the Making Since 1965

Dune – The Second Coming Of Christ: In the Making Since 1965 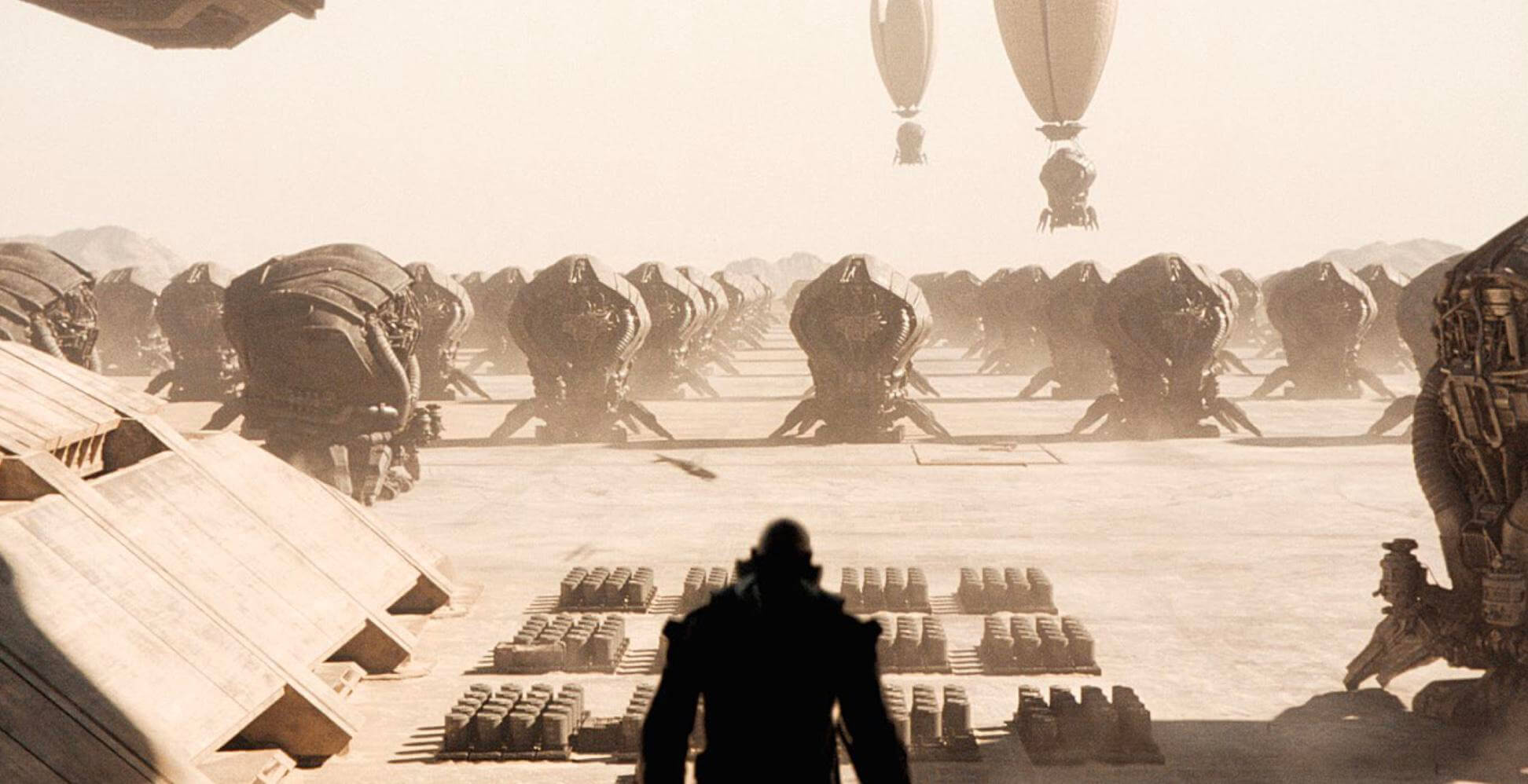 Before we get this started…

Dune is more than a movie and you should definitely see it as an experience. Therefore we at Title decided to give you just a small glimpse into this gigantic storyline, but a lot of information on how this epic has been in the making for decades.

Since Frank Herbert released his Dune epic for the first time in 1965 in the pages of a magazine called Analog Science Fiction and Fact, there have always been talks about turning „the world’s best selling science fiction novel“ into a movie.

Some tried and failed short of reaching the finish line and some others released products that did not quite do justice to what Herbert dreamed of while writing Dune. To get you into the right mood let me cite Alejandro Jodorowsky, the legendary Chilean filmmaker whose movies like “El Topo” and “The Holy Mountain” birthed the genre of midnight cinema.

Jodorowsky sees cinema not in the way of having to tell the audience a story, he rather sees movies as canvases to present new ways of thinking. Jodorowsky’s movies have always been avant-garde and „hard to handle“. Most of them are reminiscent of an LSD trip. And that’s exactly why Jodorowsky was more than thrilled to start working on his Dune project in 1974. His mission: To create a „drug experience“ without the need of consuming hallucinogens. „To change the minds of the youth and give them new perspectives.“ Jodorowsky was sure that the cinematic release of Dune would be a second coming of Christ.

Dune tells a story set far in the future. The most valuable substance in the universe is called „spice“ and it’s only source is the planet of Arrakis.  Arrakis is not only home to the Fremen, a group of people, who over generations adapted to the harsh conditions, but also to gigantic sand worms. Our guides in this unknown world are Duke Leto Atreides and especially his son Paul.

Leto is tasked with controlling the planet and especially taking care of the „spice“, which is used as fuel for starships, but also as a mind-enhancing drug. The house of Atreides is soon betrayed and the surviving Paul and his mother have to flee into the desert where they encounter and ally with the Fremen.

Even though the new movie has a running time of 2:30 hours, it only deals with the first half of the book. The world Herbert dreamed of is just too big for an ordinary movie.

You have to keep in mind that when Dune was released as a book in 1965 and when Jodoroswky started working on it, there were no other Science Fiction epics. Star Wars was released in 1977 and until Ridley Scott taught us that „nobody can hear you scream in space“ with his horror masterpiece Alien five more years would pass.

Jodorowsky knew the weight he was carrying and soon build a team that was worthy of a place on Mount Olympus: Jodorowsky as the director, legendary comic artist Jean Giroud aka Moebius for the storyboard, Dan O’Bannon, who later became famous for his screenplay for Alien and HR Giger, who would go on to do sets and creature design for Alien, for set design.

He used all his wit and persuasiveness to get David Carradine, Orson Welles, Udo Kier, Mick Jagger and freakin’ Salvador Dali to play parts. They were scheduled to „play“, while his own son had to take sword-, knife- and fighting lessons six days a week for two years to prepare for his part as Paul, the story’s hero.

For the soundtrack he convinced Pink Floyd to help him change the mind of a generation.

The world would for sure be something else if Jodorowsky’s dream might have come true.Due to financial troubles very late in production, Jodorowsky’s Dune never became reality and is until today seen as the best movie never made.

The time and especially the movie techniques were just not ready for the vision Herbert and Jodorowsky had. That did not stop movie studios from trying and soon movie mogul Dino De Laurentiis found a willing director in David Lynch, who at that time only had two other movies under his belt – Eraserhead and The Elephant Man.

David Lynch’s Dune was released in 1984 with a budget of 40-42 million US-dollar. It was considered a box office disappointment and did not gross the used budget.

Lynch even asked for his name to be removed in certain cuts and the critic’s were not very favorable of the movie. It gained a cult following, but did not come close to anything Herbert imagined. Once again, it just seemed that the time was not right.

There was even a TV mini series called Children of Dune starring James McAvoy in 2003, but we still had to wait almost two decades to get the real deal.

Let’s fast forward to the year of 2021 and it seems that we are finally ready to witness this epic science fiction story on the big screen in a way that does justice to the source material.

The cast is star studded with Timothée Chalamet taking in the role of Paul, the lovely Zendaya, Oscar Isaac, Jason Momoa, Josh Brolin, Dave Bautista and Javier Bardem, just to name a few.

Many decades have passed since Jodorwosky gave it a try and even though we will never see the final vision he dreamed of, Denis Villeneuve gave everything to build us a world we have never encountered before. He is also quoted as saying that when he was 12 years old he watched David Lynch’ Dune for the first time and since then has always been fascinated by it.

The world building is completely unique with no elements borrowed from one of the more popular sci-fi movie franchises. The movie is very dense and after only a few moments the viewer will notice that we are not on Earth anymore, but in a „galaxy far, far away“.

Borrowing this Star Wars quote is no coincidence and after I finished watching the movie (watch it at IMAX, my friends) I could only wonder what today’s pop culture would look like if Dune would have gotten the treatment it deserved when Jodorowsky was still attached.

We have seen so many iterations of the future and space travel in cinema, that one might think that there is nothing new to see, but Dune is something else. Something fascinating.

We can be more than happy to have the opportunity to witness Villeneuve’s masterpiece which in many decades will surely be remembered as one of the finest and most sought after movie projects of all time. It is definitely worth it.