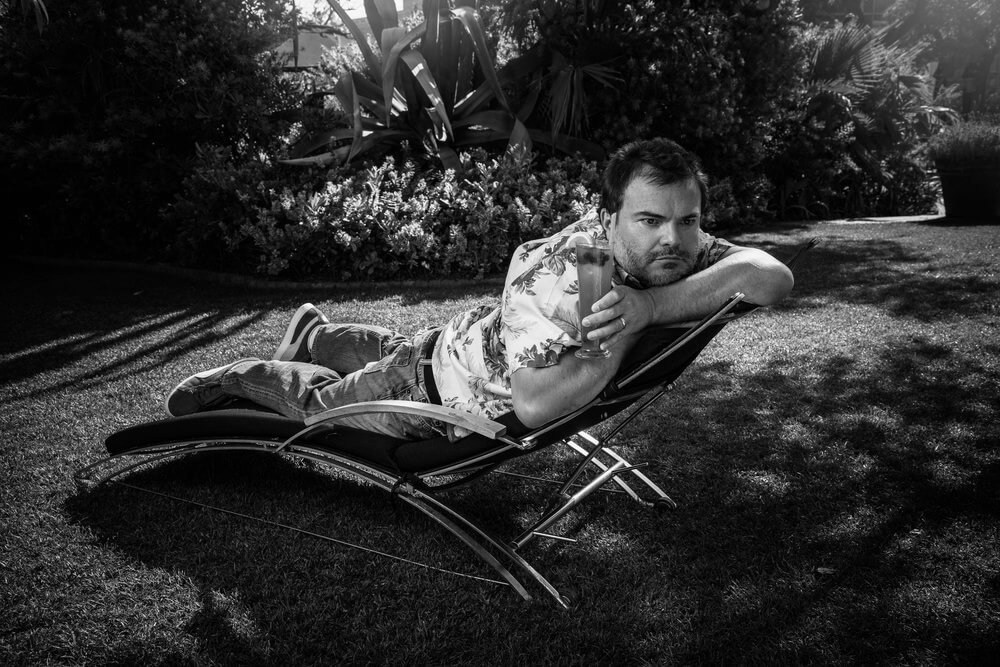 I’m sure over the years we’ve all heard the name Jack Black before. And if you haven’t then you might not be aware of the roles he has played. The California native comedic actor has starred in a variety of blockbuster movies. From the lead voice in “Kung Fu Panda” to his first breakthrough movie “School of Rock”, Jack Black has been on the movie screen for quite some time.

Today we celebrate Jack Black and all his hilarious contributions to Hollywood. While his first movie roles were in three movies that might sound a bit less familiar to some (“Bob Roberts” and “Jesus’s Son”), Jack quickly rose to the top with movies like “High Fidelity” and “King Kong”.

Something you may not be aware of is Jack Black’s musical talent. He is half of the dynamic comedy rock duo “Tenacious D”. Jack Black and Kyle Gass play instruments alongside comedy as an unstoppable team and they’ve been at it since 1994. The band has been successful in many ways including a grammy winning comedy album, a TV show in the 90s, and a cartoon animation show based on them.

Some of Jack’s more recent movies include “Jumani: Welcome to the Jungle” and “Goosebumps”. However, both of those movies came out four to six years ago. Although Jack Black is turning 51 today, we’re hoping his acting days aren’t behind him yet.