CAN ARCHITECTS BE REPLACED BY AI?

CAN ARCHITECTS BE REPLACED BY AI? 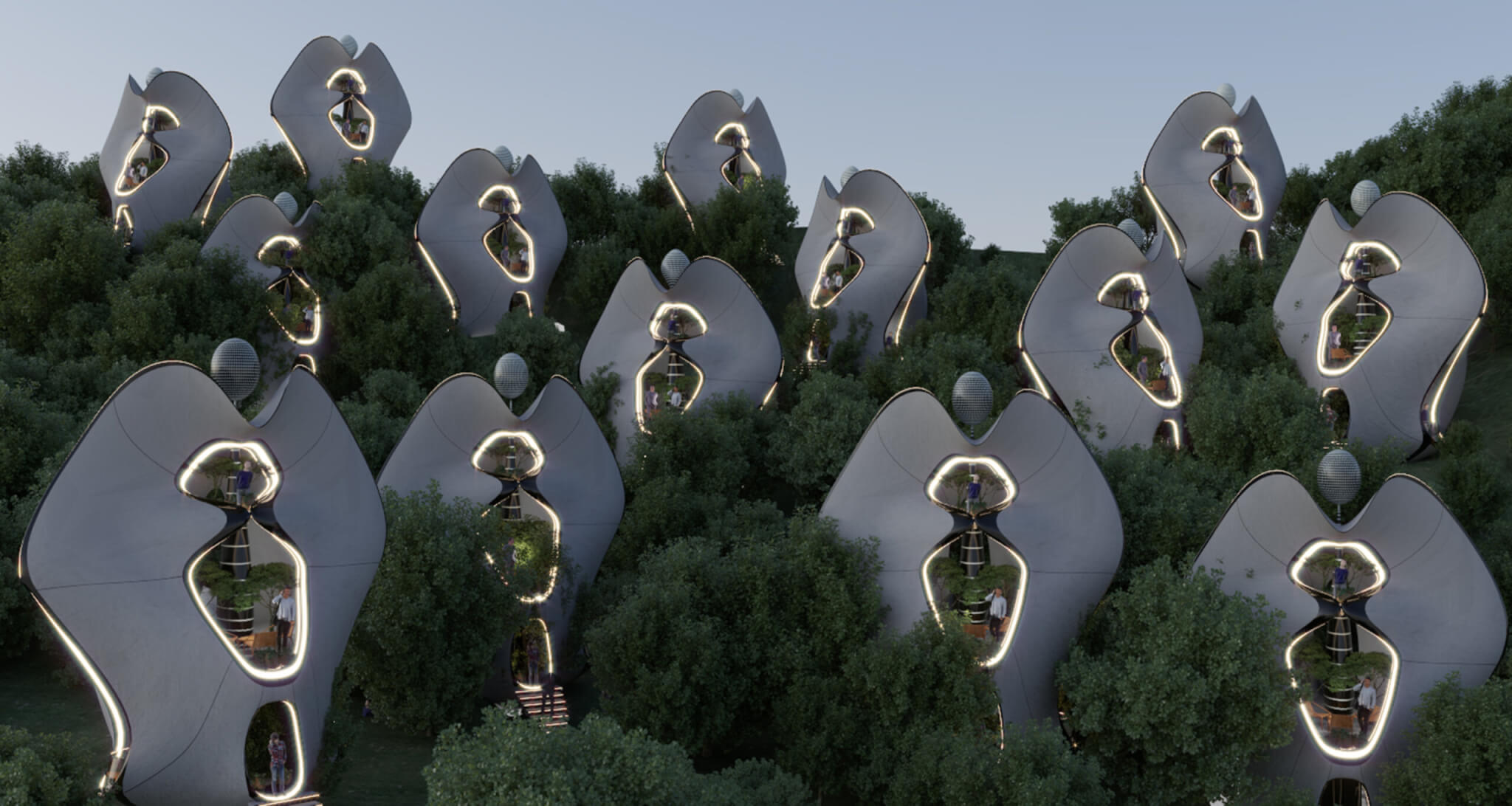 The theory of mind that never sleeps and is all around us. Generating images of our thoughts and forming new urban identities. Architecture is uncovering a new scale of geometry. But can computational architecture build a better future? From solar disco balls, an Algae powered Plant – AI Data tower to light channels – environments created with Artificial Intelligence (AI). Data-driven organisms navigate cybersecurity, manufacturing and medicine. The design of smart cities and modular houses is becoming increasingly reliant on a skeleton of algorithms. The architect, painter and visionary Zaha Hadid asks the question: “There are 360 degrees, so why stick to one?”

AI is an application of data that relies on algorithms. The learning components have subfields like layers of an onion: Machine Learning (ML) is one application that trains a machine to work without further instruction. Absolving tasks that are usually done by humans, they can feature engineering to spot differences. Their skills can be upgraded to Neural Learning (NL), which is composed of inputs, weights, a bias or threshold, and an output. Today devices can already imitate the behavior of a human brain. If a neural network has more than three layers, it is called Deep Learning (DL).

Data collection and storage is the life blood of AI. Cloud technology could be one tool to store and share data more easily. “We’ve always been collecting the data, but we’ve been doing it with emails, copious notes, and user meetings. Having it in a format that can be shared has always been the challenge,” says Brok Howard, architect and Technical Account Manager at dRofus. He believes that prioritizing data will advance the profession of architects. When the Architecture, Engineering and Construction (AEC) industry opens Pandora’s box of digital collection and machine learning, the streams of information will be immense. But this sector does not yet offer major legal protections for ethics, regulations and security.

WHEN DID ARCHITECTURE BECOME DIGITAL ?

The concept of “a machine that thinks” goes back to the Ancient Greeks, with the tales of Golden robots. Stories about eagle drones and robot servants with a biotechnical language, today we would speak of Cybernetic Organism (Cyborg). The earliest model with artificial neurons was proposed in 1943. A few years later Alan Turing introduced the Turing Test, which was demonstrating intelligent behavior of a machine. AI was born in 1952, followed by the “Logic Theorist”, which premiered as the first artificial intelligence program. The foundation was spun with enthusiasm for more. A chess playing computer, named Deep Blue, managed to win against the world champion Garry Kasparov. KISmet, a robot, was replying to people’s emotions. Booming and emerging into the digital revolution.

Due to programs like Delve, Higharc and Finch 3D, architects can choose within a range of design variations. Having access to zoning maps, building codes, and disabled design information. Many architecture studios chose The Unreal Engine to create immersive environments with dynamic shadows to screen space reflections. Within a few mouse-clicks a rock can sit next to a flower. The quality of textures and plug in options gives you a Marketplace Ecosystem.

Since 2014 Generative Adversarial Networks (GANs) allow architects to transform one image to another. CycleGAN allows the metamorphosis from an object to a space that can be built and where people can enter it. An example is the texture of a shirt transforming into the facade of a building. AI as an instrument to innovate design, multi-sensory in real life and in the virtual worlds. Refik Anadol, Media Artist & Director at RAS in using architectural spaces as canvases for “Machine Hallucination”. An architectural exhibition about synesthetic reality experiments. The pioneer enhances physical reality based on memories of nature, “I collaborate with machines to make buildings hallucinate and dream.”

Smart cities use artificial intelligence to build representations and simulations in the “ideated space”. Lessening the effects of climate change by predicting the energy consumption, and analyzing the effects on the environment. Public transport is improved in its technology, and autobuses are planned to reduce the emission of cars. Meanwhile AI and machine learning are used by scientists to predict pollution levels for the next two hours based on current pollution levels taking environmental impact reduction decisions in advance. The architect Vincent Callebaut envisions “Farmscrapers Towers” sitting on a urban forest like a huge manta ray, filtering the air with agriculture fields. Besides more positive climate ideas, we have to remember, anything we add to the Natural cycles, will never disappear.

The digital age has changed the way space and architecture are defined. A virtual self-governed city in the metaverse is being envisioned by Patrik Schumacher and Metaverse’s Kenneth Landau and Jaime Lopez. From auditoriums that can grow and shrink to virtual NFT galleries. Schumacher explains, “The time is ripe, technologically, economically and socially, for shifting more and more of our productive lives into the Metaverse.” But for now people can only visit as avatars. The otherworldly has become realistic.