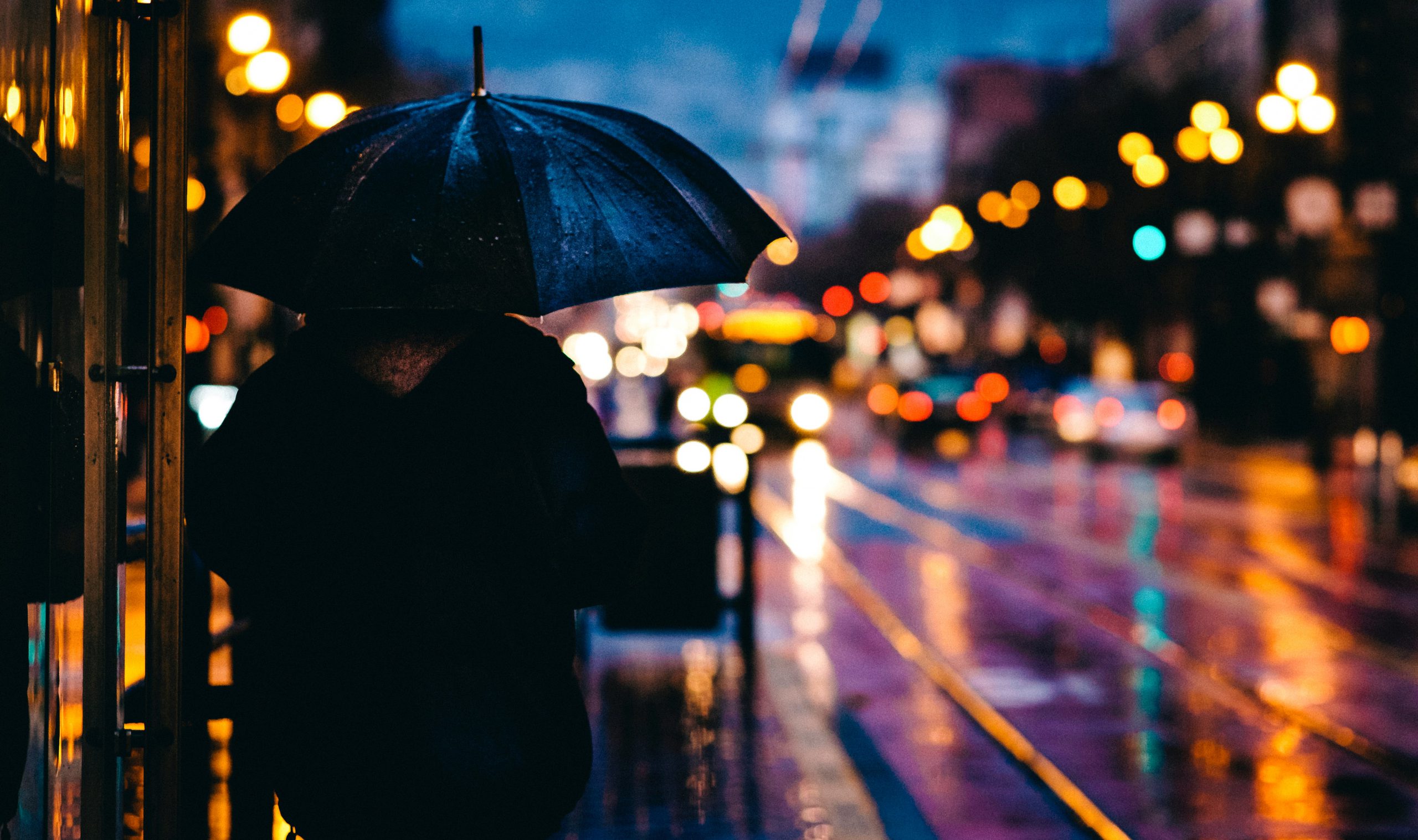 A Blast From The Past – Part 2

A Blast From The Past – Part 2

This is part 2 of the short story ” A Blast From The Past”.

In case you want to know what happened before this chapter, click HERE.

I was in complete shock and so surprised to see you that I saw your lips moving but I did not understand what you were saying until you opened an umbrella and held it over me and you. “Better?” you asked. I was finally able to say something but it did not make any sense. “What?” was the only thing that came out of my mouth because I had planned to say it before anyways.

“I said you shouldn´t be sitting in the rain like this, you’ll catch a cold.”

I only nodded and was still staring at you. I couldn’t help but I feel the urge to hug you, but instead I asked what you were doing here.

You then casually replied, “You know, I still live around the corner. And I craved some of Matthew’s hot chocolate. What are you doing here?”

I felt slightly under pressure and thought you’d expect me to say something like ‘I missed you and I wanted to see you’. Or maybe you hoped that I would start bragging about what a crazy coincidence this is and what it could possibly mean. And to be honest, it was crazy. I wasn’t sure if I was dreaming or not. I was in desperate need to be pinched by someone but when you removed your hand from my shoulder it kind of had the same effect. I looked at the body part on which your hand was resting only a few seconds ago and then looked back at you.

I wish I could tell you how much I´ve missed your touch and your affection. But I felt like it was inappropriate to say the honest truth in this moment. I chose to answer your question of what I was doing here in the most genuine way possible because you knew how bad I am at lying and how I can never look you in the eye saying something I didn´t mean. So I said “I went for my usual Sunday run and felt thirsty, and Matthew´s shop was the closest option for a drink.”

“Hmm,” you gave me a look of disbelief and rose your left eyebrow. I didn’t know what to get out of your reaction and it made me kind of angry. Who were you to judge? I know this is your neighbourhood but am I not allowed to go for a run here? Or maybe you were surprised about the fact that I was actually going for a run. I admit, when we were still a thing I always said I wanted to start jogging but never made it happen. I’ve only started doing that recently in order to let off some steam, but he doesn’t need to know how long I’ve been doing this for. What was his problem with my answer? Could he maybe sense that I missed him?

“What do you mean ‘hmm’?” I tried to imitate the way he said it.

“I guess I’m just surprised to see you, Alice,” Hearing you say my name was like a subtle stab into my guts. It felt so weird, yet so familiar.

“I’m surprised to see you, too. I think it´s better for me to head home soon, I have a little bit of a journey ahead of me.”

While saying that, I lifted myself off the bench and there I was, standing under a navy blue umbrella with you only a few inches away from me. That is the closest we have been to each other for quite a while. Although we met a couple times after we broke up, I was definitely not used to being so close to you anymore. Once we met because I wanted to get some of my stuff that I left at your flat and the other time we met wasn’t intentional either, it was more like awkwardly bumping into each other at a mutual friend’s birthday party. On both occasions we didn’t hug or shake hands or were even as close as we are now.

The feeling of your presence made me feel too many emotions and for that reason I stepped back a little. You are a lot to bear in the most positive way ever. I always admired your incredible handsomeness, but now your whole physique is a burden to me. However, I made sure to stay under the umbrella you were still holding above us because I was hoping that the light from the shop shining through its fabric would hide my exhausted tomato coloured face.

“So you really ran all the way across town in this weather aye?”

“Yup.” I was so bad at keeping a conversation with you at this point. There were a billion things on my mind that I wanted to tell you but I just couldn’t.

“I’m impressed, Alice“. Why did you keep torturing me? You must have recognized the nervous look on my face but you also must have made the wrong assumption.

“Sorry, I didn’t mean to tease you. Ehm, I’m just saying that it’s quite a few miles and ehm… I mean I know you always wanted to start running and… I guess I’m just surprised to see you, A-”

Before I let him say my name again I interrupted him and said, “I know! Me too. Well, I should head back before it gets dark and I think the rain stopped too.”

You carefully shifted your weight from one foot to another and moved the umbrella slightly down and to the left from us. Us… sounds weird in my head… you looked up toward the still grey and cloudy sky and then back at me. You nodded and closed the umbrella without taking your eyes off of me. There was this short moment of awkward silence and two pairs of eyes exchanging looks that could mean so much but there was an invisible barrier right between them. This moment probably lasted about ten seconds but it felt like the longest and most intense staring contest.

I remember back then, when we were still… we… us… you and I, and I could stare into your beautiful grey eyes for hours and hours. I was able to get lost in them and I appreciated every detail of them. The little brown lines that run from your pupil in a symmetric pattern toward the periphery of your iris. I loved how bright your eyes were when the sunlight hit them. Each time that happened it felt like they looked slightly different and I discovered something new and unique about them.

Now, it physically hurts to look at them. I wanted to tell you all of these things, but I couldn’t. I wanted to tell you how weird it felt to be here, standing in front of you after all these months. How tight my chest felt and how quickly my heart raced, and I don’t believe that it’s because I ran across the whole town. I wish I could explain what I was doing here, in front of Matthew’s corner shop, two streets away from your house. I know I missed you. But how did my feet unconsciously carry me here? I did not want to come here, at least I thought I wouldn’t. I wanted to tell you everything but all there was left was silence.

Again you shifted your weight but this time you moved one foot forward and came even closer toward me. I gasped. “Alice, look… I –“ out of reflex to hearing my name again and the anxiety that kicked in about hearing something that would probably be too painful to listen to, I lifted my hand up and signalized you to stop. I looked down at my feet and shook my head. I don’t think I’m ready yet. The wounds were still too fresh to have a proper, casual, post-break up conversation. For me at least. You seemed to be fine. And it annoyed me so much. It made me angry that you looked so good and I was a sweaty mess. I was sad that you were able to say my name out loud multiple times and I couldn’t even look you in the eye for longer than two seconds. This really sucks.

I lowered my hand again, tightened both my fists, took a deep breath, and looked back up at you. You had the usual frown on your face that you made when you were disappointed. It always hurt seeing you like this but the way you shaped your lips told me that you also understood.

“I’ve got to go, Arthur… I’m sorry.” I took two steps away from you, sipped up my running jacket, and tried to wipe any sweaty hair strands out of my face. You were looking at me in a way I’ve never seen you look at me before. Maybe that was because we both have never been in a situation like this before. This was bad. So, I had to get out of this situation, as quickly as possible, because I felt my eyes starting to burn and I did not want to tear up in front of you. Maybe I’d run a few streets further down from here, let myself down at some stranger’s doorstep, and just weep. That idea sounded crazy but I actually seriously considered it. However, I pulled myself together and said goodbye. I looked at you one last time and took off toward the street. When I was about to start jogging again, I felt a hand tightly grabbing my wrist.