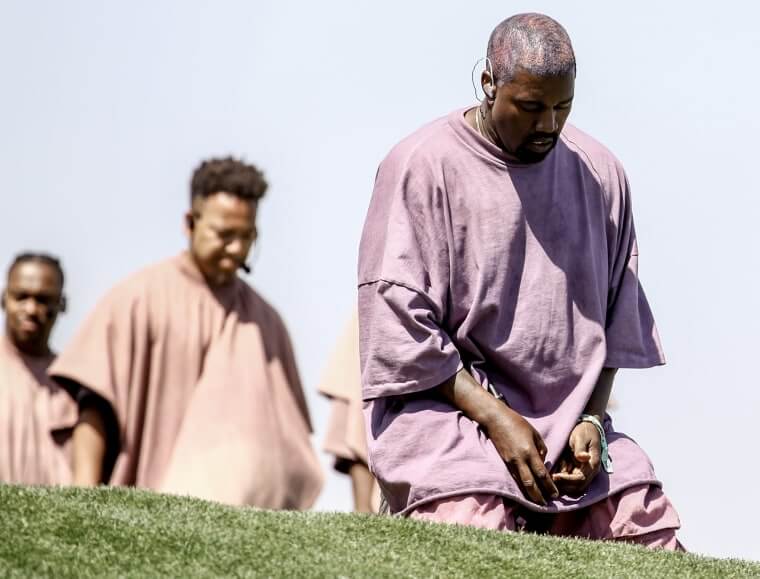 We all know Kanye West in different ways. Most of us have known him from back in the good old days of “Gold Digger” and “Stronger”. However, nowadays he’s more known for the abnormal things he’s done or said in the past few years. Earlier this year, Kanye West started what NPR called a “musical worship gathering for the rich and famous”. Many have discussed both the meaning and level of spirituality at these services. Whether Kanye worships God or sees himself as a “God-like” figure is still in question. Some even speculated the possibility of these services being a sort of celebrity cult. The controversy around the weekly Sunday Service also involve what Kanye’s true intentions are. Selling tube socks for 50 dollars and sweaters for 225 dollars with the words “Sunday Service” written on them make some people wonder whether this is just another promotional stunt to sell merch and make money.

Nevertheless, the videos we have seen so far have reminded us of “old Kanye”. A time where it was more about him and his music rather than something outrageous he said or a strange song he wrote. A gospel choir is flown in for every service, a live band and guest performances from artists such as Chance The Rapper and DMX make these gatherings unforgettable. The small snippets released, despite the non-disclosure agreement that each attendee must sign, got us excited about what new music Kanye has in store for us. According to Kim Kardashian West’s tweet, Kanye’s album now finally has a release date. However, we’re not talking about the release date for the long speculated album “Yhandi”. This release date is for an apparent gospel album release called “Jesus is King”. For some people this explains the intentions of Sunday Services; album promotion. “Jesus is King” is set to release on September 27th with 12 songs, some of which were performed at the services.