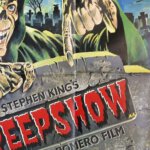 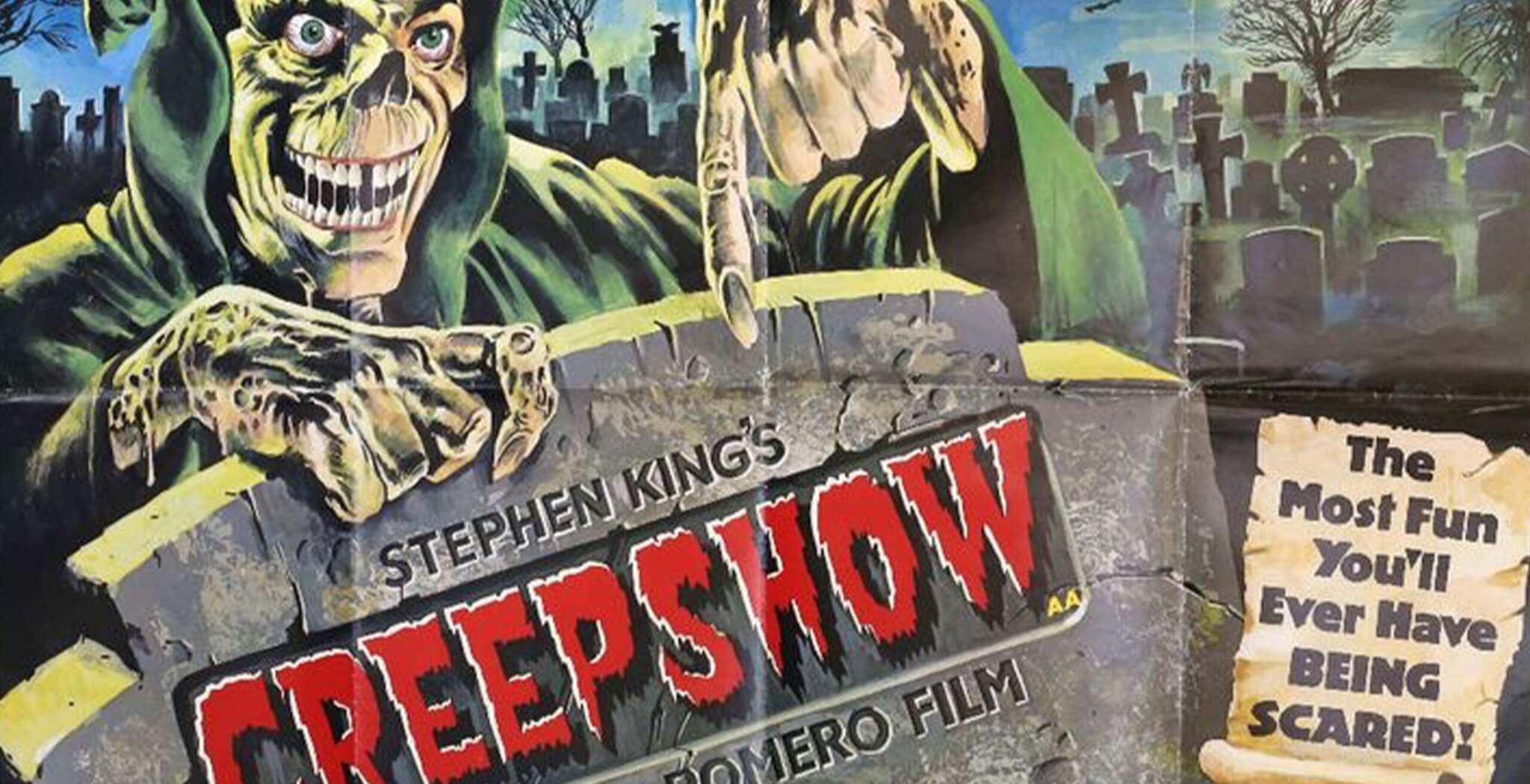 It has been a spooky month and everything is leading up to the night of the great pumpkin on the 31st of October.

I hope that all of you used this month wisely to eat candy and watch horror flicks, because that’s certainly what I was up to the last weeks.

But besides that I gave you an introduction to the (movie) world of undead ghouls, maniacal slashers and bloodsucking vampires.

There were several ideas I had for part 4 of TITLE’S TALES OF TERROR, but as I could not decide on one type of fear-inducing monster I decided to give you…

The best horror anthologies and one special gem perfectly suited for this years conclusion!

In 1982 every horror aficionado’s wet dream became reality when two true masters of horror teamed up for this anthology movie.

World-renowned horror author Stephen King took over the writing, while George A. Romero, the master of Zombies, took over directing.

Their inspiration behind the movie are the famous “Tales from the Crypt“ comics of the 1950s. These comics marketed for kids often dealt with very explicit and grizzly tales of revenge and featured enough gore and blood to alarm the government. Soon the Comics Authority Code to regulate content suited for children was born and did everything to wipe horror comics off the face of the earth.

King and Romero pay respect to these times long gone and present us five stories to chill our bones. A vengeful father returning from the grave to get what’s rightfully his – his birthday cake, a lonely farmer finding a mysterious piece of space rock, an unfaithful wife, “a thing in a crate“ and thousands and thousands of cockroaches make sure you won’t forget that Halloween classic.

The 80‘s were a goldmine for anthology movies. The trend died down a little bit in the 90s and 2000s, but 2007‘s “Trick r‘ Treat“ brought the beloved genre back into the mainstream.

Four episodes containing werewolves, a murdering school principal, a schoolbus full of drowned children and lovable pumpkin-headed guy named Sam, who constantly reminds the viewer to honor Halloween traditions, are everything you need for a spooky movie night.

Not fully a horror movie, but certainly a contestant for a Halloween night is “Twilight Zone“, the movie Adaption of one of TV‘s most iconic shows.

First aired in 1959 “Twilight Zone“ is an anthology series created by Rod Serling that borrows from the genres of science fiction, dystopian fiction, supernatural, fantasy and of course horror.

In 1983 four directors, namely Steven Spielberg, Joe Dante, George Miller and John Landis came together to give the viewer a reimagination of their four favorite classic TV episodes.

A boy with psychic powers holding a whole town hostage, a racist bigot who finds himself „“in someone else’s skin“, a mysterious stranger in a retirement home and a scary passenger on a plane… What’s not to love about this?

The episode “Nightmare at 20,000 feet“ is a classic that has been reverenced in pop culture since it’s debut. I’m quite sure that most of you saw the “Treehouse oh Horror“ adaption by “The Simpsons“ once in your lifetime.

It deals with a plane passenger who glimpses a gremlin on the outside of his plane. Nobody believes him as he tries to save everybody from the plane-destroying monster. Thrilling to the end.

Well… here are three more movies for you, ghouls and boys, but I honestly could not end this article without one of my favorite movies for Halloween:

This is the movie to rule them all. The lovable “Peanuts“ cast celebrates our favorite holiday and we get to see Charlie Brown constantly being handed a stone instead of candy while trick or treating, Linus skipping on the big party because he prefers to wait at night in a pumpkin field for the “great pumpkin“ to appear and other funny scenes.

It’s the perfect movie to get you into the festivious mood – even without blood and gore.

I hope you enjoyed our round up of Halloween favorites and wish you a happy Halloween with your loved ones!