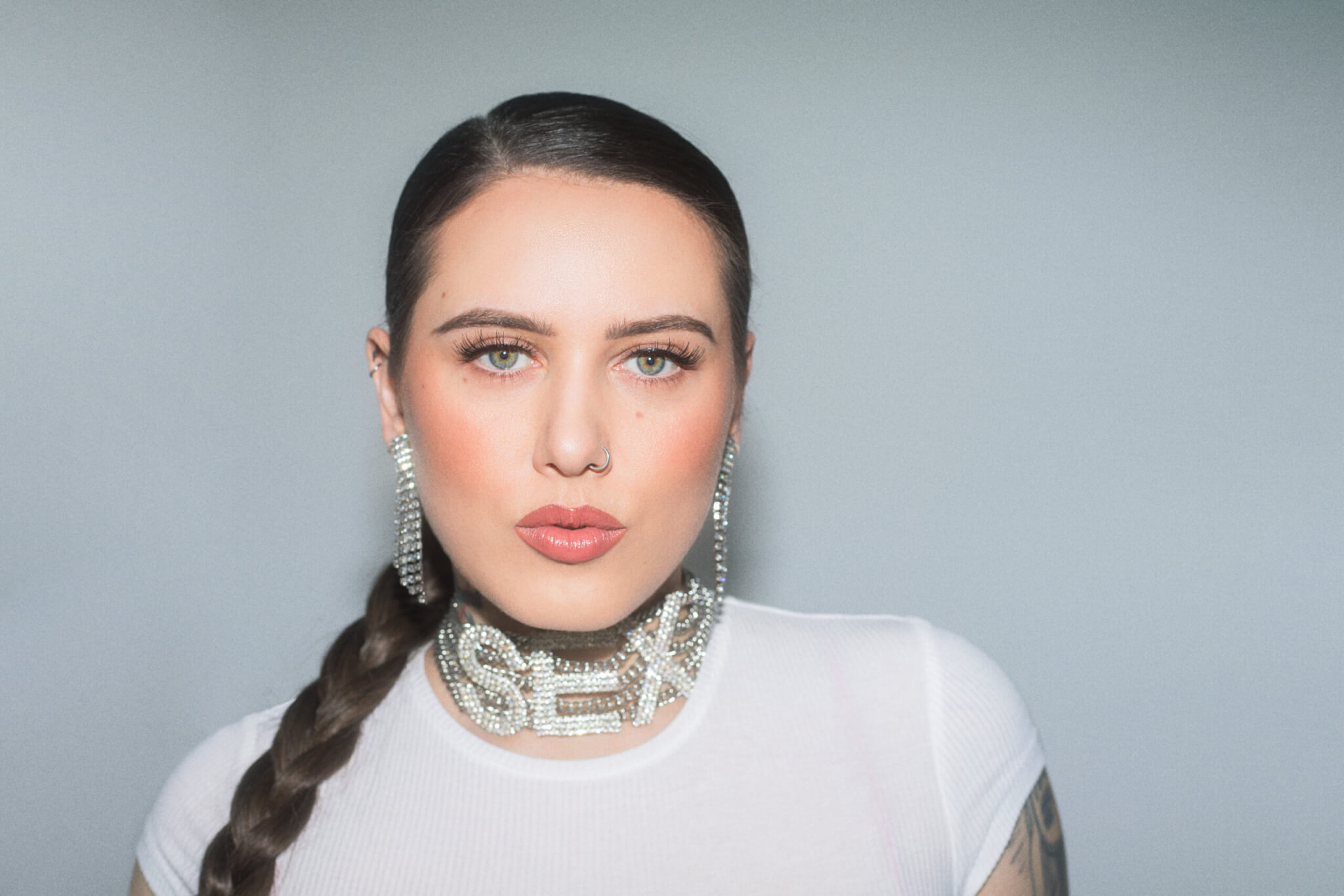 SUZIE GRIME – WHAT HAPPENS IF WE STIGMATIZE SEX WORK?

SUZIE GRIME – WHAT HAPPENS IF WE STIGMATIZE SEX WORK?

*trigger warning: this interview contains references to sexism, violence against sex worker, criminalization and stigmatization of sex work
*acknowledging: that the interviewer and interviewed person are both not a survival sex worker, so we don’t speak for them. There is violence in the sex work industry, exploitation of youth, consensual or forced sex work, aggressors, survival sex workers. This interview is just speaking from ones perspectives and ones experiences and ones conversations with other sex workers. Questioning what happens if we stigmatize consensual adult sex work.

Suzie Grime is her own Rubik’s cube. A tattoo of “Your Name” on her neck and a torn fence on her right knee. She is a feminist, activist and dominatrix with a journalist background. On OnlyFans she is the writer and director of her own narratives. While cancel culture is less stable than lenticular clouds, Suzie uses her voice to start conversations about sexism, feminism and sex worker rights. Her words break down patriarchal hierarchies, reclaim language and give power to self-determination. We talked about the oppressive laws for sex workers and what happens if we criminalize consensual adult sex work. New Zealand has been the only country that includes sex workers in drafting their own laws. Worldwide laws are taking safety away from sex workers. Allowing ‘police saviors’ to arrest, intimidate and discriminate through so called sting operations. In Arizona, police officers had sex with sex workers during work legally, but sex workers weren’t allowed to have sex during work. Wrong laws and the stigmatizations of sex work can lead to further marginalization in the industry and will only drive more people into shadow markets.

Has your relationship to your body changed since you work as a Dominatrix?
My relationship with my body definitely has changed. As women we are socialized to criticize our appearance, search for things to optimize and be at war with our own looks. The whole process of stepping into a head-space of being ´the Playmate of my own life´ – showing my body openly and unapologetically, owning my sexuality has been eye-opening. I was able to have this empowering experience where sex work was a choice I made freely out of curiosity. I decided to be a sex worker because I was fascinated with people that openly own their bodies and sexuality ever since I was a teenager. Letting go of the shame society puts on us is the ultimate liberation for me.

Is the “Prostitutes Protection Act“ in Germany well done or just well meant?
North Rhine-Westphalia’s assessment report from 2019 indicates Germany’s Prostitutes Protection Act changed things for the worse. A majority of full-service, survival sex workers didn’t register themselves because a „whore ID“ possibly outs and stigmatizes them even further in society. Anyone who isn’t officially registered as a sex worker can face prosecution. Safe and hygienic brothels got shut down due to new regulations and construction restraints and it is now forbidden for sex workers to organize, live and work together in groups which is something that made their work much safer in the past. The new law makes survival sex workers more vulnerable and risks new ways where being taken advantage of. While they are supposed to assist and protect sex workers, in many places they absolutely fail. Systematic changes need to happen paying attention to the different nuances in which patriarchy oppresses us. Sex workers should be included in the drafting for new laws.

What is dangerous about “the Nordic model”?
The Nordic model only criminalizes the buying of sex, trying to reduce its demand which sounds plausible at first. What it actually does is push sex workers into the underground. They’re not able to work together in groups or vet clients online. It isn’t possible to negotiate price and conditions on the side of the road with jumpy clients that are scared to get caught by police. There is no time for sex workers to consider whether it is safe or not. Brothels, collectives, even landlords and family members of sex workers can get in legal trouble due to ´supporting´ the buying of sex. Adult children in the home can be taken away from their mothers. While trying to criminalize clients, the Nordic model actually complicates things for sex workers and stigmatizes them even more.

What do you think of “the New Zealand Prostitution Reform Act”?
Even if not perfect, New Zealand’s human rights-based approach seems to be the only one that makes sense. Ever since law makers worked together with the New Zealand Prostitute Collective in 2003, sex workers started having fundamental rights like health care, access unemployment benefits and workplace protections. They are able to refuse unwanted clients more easily and sue if sexually assaulted at a brothel. Police’s attitudes towards sex workers changed overall, making their encounters with law enforcement way more pleasant and giving them the confidence to report abuse to the authorities – instead of being harassed by them. The majority of survival sex workers state working conditions improved vastly since the laws changed, which is due to the fact that they themselves were included when writing them. Seems like a no-brainer: Law makers, including people actually affected by the laws, to help improve their lives.

How can people find better help in their exit options as sex worker?
For sex workers in Germany, Hydra Café Berlin is a great place to go, either getting advice in person or online. They’re assisting all sex workers, including transgender people, as well as their partners, friends and families, individuals that work together with them and even sex buyers. The services range from psychosocial advice, anonymous & free online consulting, support in legal issues like unemployment and health insurance, immigration law and tax accountancy. They get sex workers in contact with therapists, support them in case of violence or human trafficking and offer advises on how to enter and exit the industry safely, including how to transition into a new field of work. Essential resources the government in Germany should put more focus on.

How can language divide and support public misconceptions of sex workers?
Whenever people slut-shame women, object to sex work on moral grounds, and immediately associate it with crime and human trafficking, the only thing they do is further stigmatize the industry. Things like slut-shaming, purity culture and devaluing women – based on how many people physically have had access to them – are as old as the story of Virgin Mary. Patriarchy teaches us that female bodies and their sexuality are something to demonize. It can present itself in other harmful ways, like controlling women’s bodies through abortion bans, limited sterilization rights and in some countries with female genital mutilation. While language matters, women are not a monolith. Some feel empowered by calling themselves ‘slut‘ and reclaiming the word – women invested in hyper-femininity and the revival of 2YK Bimbo as an example. ‘Prostitute‘ is a word proudly used by some parties involved, while others prefer the politically-correct term ‘full-service sex worker‘. Since language has historically been weaponized against sex worker, sex worker should define for themselves what feels powerful to them.

What can happen if we stigmatize sex workers as victims?
It reinforces old and sexist stereotypes that we as a society have, especially for women and their sexuality. The idea that sex work is always of violence and even if done consensually, actively hurts the way women are treated in society. Criminalizing consensual adult sex work does not help the people that are actually forced. It licenses discriminative policing, harassment and criminalization for marginalized communities. A paternalistic view often held by conservatives and sex-worker-exclusionary radical feminists – assuming sex work can never be done under ethical conditions. It incapacitates everyone that either sells sex to survive, or just because they feel like it.

A “sex buying ban” bans the self-determined sex work too. What effects could this have?
The effects would be detrimental, as history has shown plenty of times. Banning things has never worked, it only opens space for shadow markets to grow. If sex workers are forced to operate underground, they are prone to being exploited. They will face more violence from clients, pimps and police if their jobs become illegal. They won’t have access to health care and will run the risk of being imprisoned. This is people’s lives – the way they survive – putting a roof over their head and feeding their families. Instead of stigmatizing the buying of sex and the people selling it, we should focus on how to make their working conditions better, and not push them into bad situations, where ultimately no safety exists.