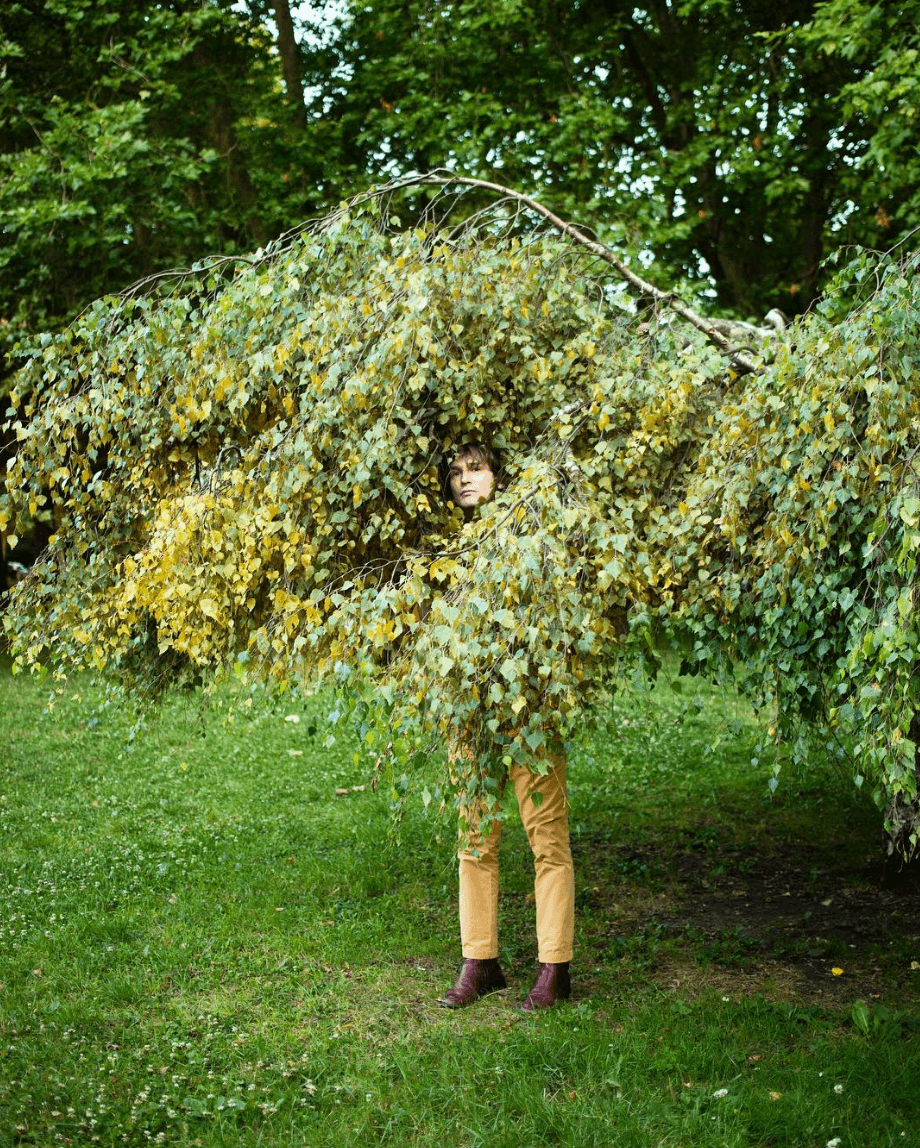 Moon jelly inside of Jean Giraud worlds. Amongst the jellyfish with an invisible wrist watch. The artist Jackie Moontan invites characters from the moon to planet earth. Made of 100% lunar dust resistant up to 100m. Wearing silk suits on a Polly Pocket stage. Where no wind exists. Traveling through the exosphere with cabbages and eyelashes. Plastic globes around his neck that were crafted by his mother´s tears. Jingles about butter and speed dating. Hands collect rocks that give light. Finding words for Grace Jones to an ode for tapioca pudding.

What was the first thing you experienced landing on earth?

I landed my spaceship in a Mississippi swamp. The handshake nearly cost me one hand. Little did I know that crocodiles are not the dominant species on earth. A group of local craftsmen and farmers pulled my spaceship out of the swamp using a tow truck. We drank moonshine on the hoo1 d of the truck. I was partial to it. My belly was warm. The humidity made me sweat off my human makeup, which I carefully applied. I told them I was in show business, the movie business – the alien invasion sub-genre, to be precise.

If you had bubble gum skin, a superpower to attach anything to your body, what would you choose?

Running through the supermarket aisles. I would excuse myself and my gum skin, before going home with a free meal.

What fascinated you as a kid? Do you remember moments of childlike wonder ?

I was a quiet kid and a bit odd. Kept to myself and brought up with a good education. Proficient in telepathy from an early age on. You got to understand: This is the main vehicle of communication on the moon. Everybody is versed in it. Some are lacking in subtlety. The main trick is to veil thoughts you don’t want to be known. I was always good at that. Am I sneaky? My most vivid memory was the moon landing. When Neil and his buddies stumbled out of their spaceship. I was nearby and had gotten lost while playing hide-and-seek with some friends. Huddling behind a rock, even though I had activated my mental invisibility cloak. I was afraid they might notice me, and I was too flustered to move away.

What animal sound do you want to listen to for the first time?

I am interested to know what sound an ant makes. Maybe one day I will put a microphone close to them and tell you all about it.

How and when did the “moonman” start doing music?

As a kid, growing up on the western moon plains, we would often go out and collect luminous grey stones called ‘Lum’. A pale blue light and a faint hum emanate from them when you hold two of them together. We used to amplify that sound by holding them in our mouth. Opening and closing our jaws to make it go ‘whooom’. I would prick up when I heard anything. My mother would lull me to sleep with her soft, clear voice. When I discovered earth music, I fell in love with Jazz, Soul and Funk. I travelled to find different sounds. Like a little schoolboy, on the side-lines taking notes: Elvis’s rhinestone suit, James Brown’s howl, George Clinton’s naked butt. All of these things made me want to start music. To be my own freak.

What was your first interaction with a Llama?

I had written the song ‘Llama Fur’ as a reverie on the softness of said animal’s fur. I had never encountered one before. The privilege was given to me while shooting the ‘Llama Fur’ video clip in the streets of Paris. The lama lady was called Lilli. She was quite a charmer while I was wearing my white “Llama” coat. Every so often she would softly put her big slobbering face on my shoulder between takes. There was a moment between us. I think we could have been more than just a flirt. Then I changed shirts and put pink curlers in my hair. She did let her distaste know by spitting on me. After a difficult take, I pulled her aside and said ‘listen, there is only room for one diva’. She nodded, finished the take. We never spoke again after that.

How do you see colours?

I am not colour blind. But I suffer from a common moon-person affliction: The pale eye syndrome. It has to do with luminosity. A person with PES will not be able to see dark fabrics clearly. This explains my love for the colourful and bright things.

How did the green screen jungle mating scenes in “Big sexy” come alive?

I don’t know who told you they were green screen, but that person is a dirty little liar. I risked my life for that footage. Half the budget was spent on flight tickets, mini bars, mosquito spray, my sassy little explorer outfit and Hippopotamus pheromones.

What are the stories behind your albums ”Zoo Part Two” and “The longest Sunday in history”?

Zoo/Zoo Part Two captions my first impressions of earth. That one time I fell in love with a Hippo. My secret letters to Grace Jones. A song about my nastiest vice, cocktails. In “Of Youth”, I sing about the loss of innocence in the face of an impending apocalypse. The Longest Sunday in History relates to the days spent in Lockdown. My initial enchantment with planet Earth has taken a hit – songs about solitude, despair, hope, vanity, gluttony, luxury and lust. My favourite song from that album is “Louis V Telephone”. In which I talk about acquiring, or rather wishing, a brand new Louis V telephone. / My jealous baby momma finds out about it.

If you could take one smell back to the moon, what would that be?

I have often imagined capturing a smell in a jar and taking it home for people to smell. My mischievous mind thought of trapping monastery cheese. And playing a trick with my moon friends by telling them I took a sample of the air in New York. I would like to capture the scent of old theatre halls, gasoline and the sea.

Who is landing on earth next?

I am more interested in who has landed before Jackie. There is a mysterious figure, who calls himself Lord Acton. He will come into play on my next album, releasing in March 2022.