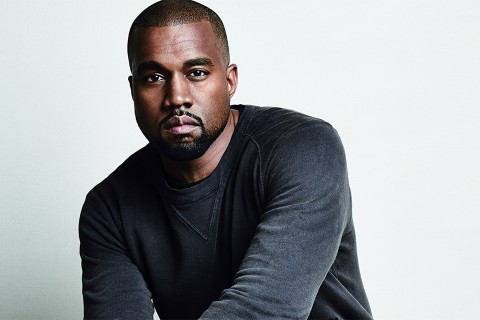 At a 2008 press conference to promote his then-new album 808’s & Heartbreak, Kanye West described the inspiration for the album as suffering a multitude of losses at the same time. Like losing an arm and a leg and having to find a way to walk through it.

The months leading up to the release of the album had Kanye experience the dissolution of a six-year relationship with his then-fiancee Alexis Phifer and the tragic death of his mother, Donda West, following cosmetic surgery. These losses would inspire the raw emotion, which served as a turning point in West’s life and his musical career.

His 4th studio album which was released on November 2008, has Kanye singing on most of the songs, heavily using autotune. Different from his prior albums, which cemented his talents for chopping down soul samples, Kanye stated he wanted to make an album that stands on its own. 808’s & Heartbreak’s simple beats were created with the TR-808, a computer-controlled rhythm machine from the 1980s. The writing process involved a number of people such as T-Pain and also Kid Cudi, the latter having 4 writing credits on the album. Cudi’s influence is instrumental to the outcome of the album as he adds a particular melancholic sound and vibe to it.

The album becomes a commercial success, going platinum in a matter of a few months. It is lead by two of his highest-charting singles in “Heartless” and “Love Lockdown”. Critically the album divided the hip hop audience, as most of his elder fanbase could not connect to singing and autotune using Kanye. Although it did not resonate with his older fans, his younger fan base connected to the vulnerability shown by West in his songs.

Kanye is not the first rapper to be more emotional, sad, or depressed on a record, but he is arguably the most famous to do it at that time. The melancholic melodies speak to people and with this approach, Kanye planted the seeds for more melody-driven raps, which dominate the charts today. Most notably it influenced Drake, who covered Kanye’s song “ Say You Will” on his breakout mixtape “ So Far Gone” in 2009. Juice WRLD and Lil Uzi Vert would not be where they are today without that groundbreaking album.

808’s & Heartbreak would go on to create a new template for hip hop and pop culture that endures more than a decade later. In a 2013 interview with the New York Times, Kanye claimed that the album redefined the sound of radio. The album made waves.

Drake says that Kanye West is the most influential person in creating his own sound and his producer, Noah “40” Shebib, states that it was extremely impactful to hear Kanye spill his heart over that kind of production, making him want to take on that sound as well. Juice WRLD cites 808’s & Heartbreak as his favorite album of all time.

Personally I can also attest to the huge influence the album has had on me. 808’s & Heartbreak helped me be able to express myself more and speak about my emotions in a way I had never done before. I hope that Kanye’s new album “Jesus is King”, which is meant to be released soon comes close to the genius of 808’s and Heartbreaks, until then you can listen to our Playlists that we curated for you here: