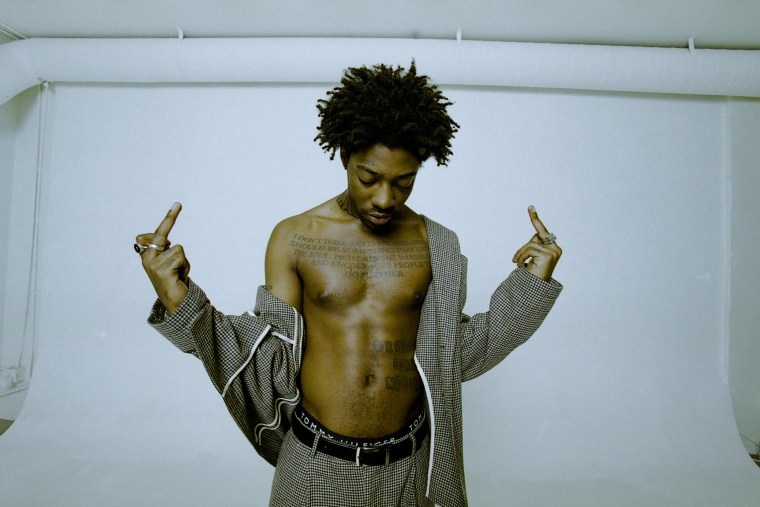 On February 7th 2020, Brent Faiyaz released his ten song album “Fuck The World”. As soon as I stumbled upon this album I just listened to it on repeat. This album is the perfect relaxed mood for the coming spring. The songs are a mix between slow 2000s R&B and contemporary bass beat R&B songs. One of my favorite songs off the album is “Fuck the World (Summer in London)”. The vulgar lyrics mix perfectly with Brent’s low voice, talking about fucking the world and being reckless, and his soothing singing voice. I loved outro of the song that was recorded in an elevator, it makes the song feel more personal.

The album consists of ten songs which is considered rather short however I think it fits pretty well. Whether you’re working, cooking, doing art or just chilling you can always put on this album and enjoy the sweet sound of Brent Faiyaz’s voice. His songs also have the ability to have me spacing out randomly in deep thought about his lyrics. “Let Me Know” had me in my thoughts about love and relationships. He talks about needing to love yourself before you love somebody else. He did this especially well in his 2017 album “Sonder Son” that had me deep in my feelings. To me, “Fuck The World” is more careless and fun. He does have some deep thought songs on there but the album is called “Fuck The World”, which he seems to have fun doing. I personally really like the whole vibe of the album and would recommend it to anyone just trying to listen to some chill ass R&B.