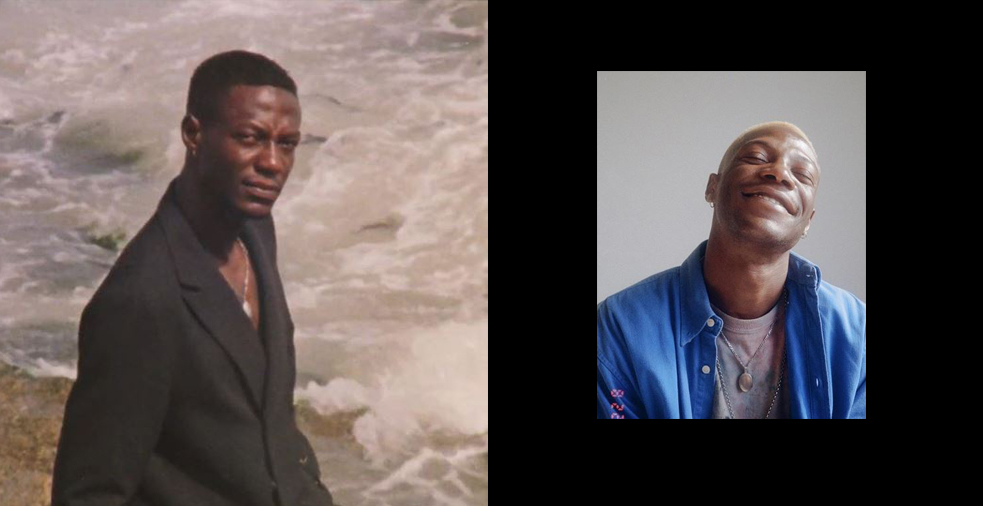 Artist through and through: This is Selassie

Artist through and through: This is Selassie

Picture this: For once it is sunny in Hamburg and I am on my to the Highlight Department to meet up with up and coming artist Selassie. This will be my very first face to face interview and hell yes, I was nervous. But as soon as I met Selassie and his welcoming smile at the door I felt a lot calmer. We took the industrial lift up to the top floor and there it was: the artist’s grotto, the place where the magic happened. Well, actually it was nothing like a grotto, but an open and spacious room with loft character.

Before I started recording my interview with Selassie, I was kindly offered a cup of tea and we proceeded with some small talk. Eventually, Selassie and I talked for over an hour I had the pleasure to listen to some of his latest and older projects. Literally every answer Selassie gave me on my questions made me laugh or inspired me.

TITLE gives you an insight into Selassie’s positive and creative universe, you should all keep an eye on:

Selassie was born in Ghana and was raised by his grandmother and two aunties, who lived very close to him. His father moved to Boston at some point and his mother moved to Kiel, Germany when he was about two years old. Unfortunately his mother Kafui, whom Selassie followed to Germany when he was about thirteen, fourteen years old, passed away. This sad event is represented in the title of his debut album Son of Kafui: Playlist Four Ma Mother. The clever word play with “four” and “for” symbolizes the four most important women in his life, the grandmother, the two aunties and his mother. These women, particularly his mother, have always taught Selassie to love himself and to do what he loved and to trust in himself. Additionally, his roots in Ghana have always confronted him with many different types of music and dance and a very happy culture which is reflected in his personality. All these great influences can also be heard and seen in his art, whether that is music, painting, videography, poetry or fashion.

Generally speaking, Selassie is a kind of person who lives for artistry and has always been his own boss. Although he still has to do a more or less commercial job as a photographer for an online vintage shop to pay the bills, art is his passion. And he is dreaming big, at some point he wants to make a living from his art, create on stage performances and collaborate with other artists. Music is the project he picked up one and a half years ago and focuses on at the moment. Selassie explained to me that making music was the last thing his friends and family expected him to do and he never thought of him as a singer or musician, as well. Nevertheless, his chilled and non-expecting approach seems to be his secret to the great vibes in his songs. For him it is much more important to tell stories with his songs, including the videos he produces with his friends and co-producers AlexDaGod and Boston George.

His answer to my question whether his music was more like a hobby or if he wanted to conquer the world was “Both. It wouldn’t make sense to make something half good.” I thought that was very inspiring. His balanced lifestyle of perfectionism and “I don’t care what you think about me”-attitude is to equal parts impressive. He says he does pressure himself quite a lot, but doesn’t feel the pressure from listeners, viewers, or streamers. In Selassie’s point of view, people experience different things and emotions and if the energy of his works doesn’t pull someone in, that is totally cool for him. He sees himself as someone who catches vibes in a specific way and wants to share this with the world.

Moreover, the way he sees beauty in everything and how he gains inspiration from taking walks, over visiting museums, like he did a lot during his time as a model, to capturing moments and emotions on photographs is simply encouraging. Selassie came across to me as a very striving and motivated guy with the heart in the right place. I could not imagine someone who deserves it more to make a living out of his art. He is basically always mood-boarding and his head is filled with ideas on how to portray emotions in a creative way. Not only with the words he’s using, but also the visuals in his music videos communicate something special. Additionally, one of his signature creations are differently positioned stickmen, which he usually paints, but he also included one on the cover of his album. He first started using the stickmen when is mother was sick with cancer and he didn’t know how to express his feelings.

Talking about feelings, emotions, whether bad or good, seem to be his source of creativity. Which is why he is also working on founding his own label called Emotional Intelligence Agency (EIA). Selassie wants to change things in world and he wants his music to be affirmation like. He approaches the tough and sad things he had to challenge in life and turns them into somethings positive. He said that one of his favorite songs of the album is “Hello World” and this how I experienced Selassie: a kind and incredibly creative soul who is ready to change the world and inspire people. Well, at least he inspired me and hopefully we will see a lot more of you soon.