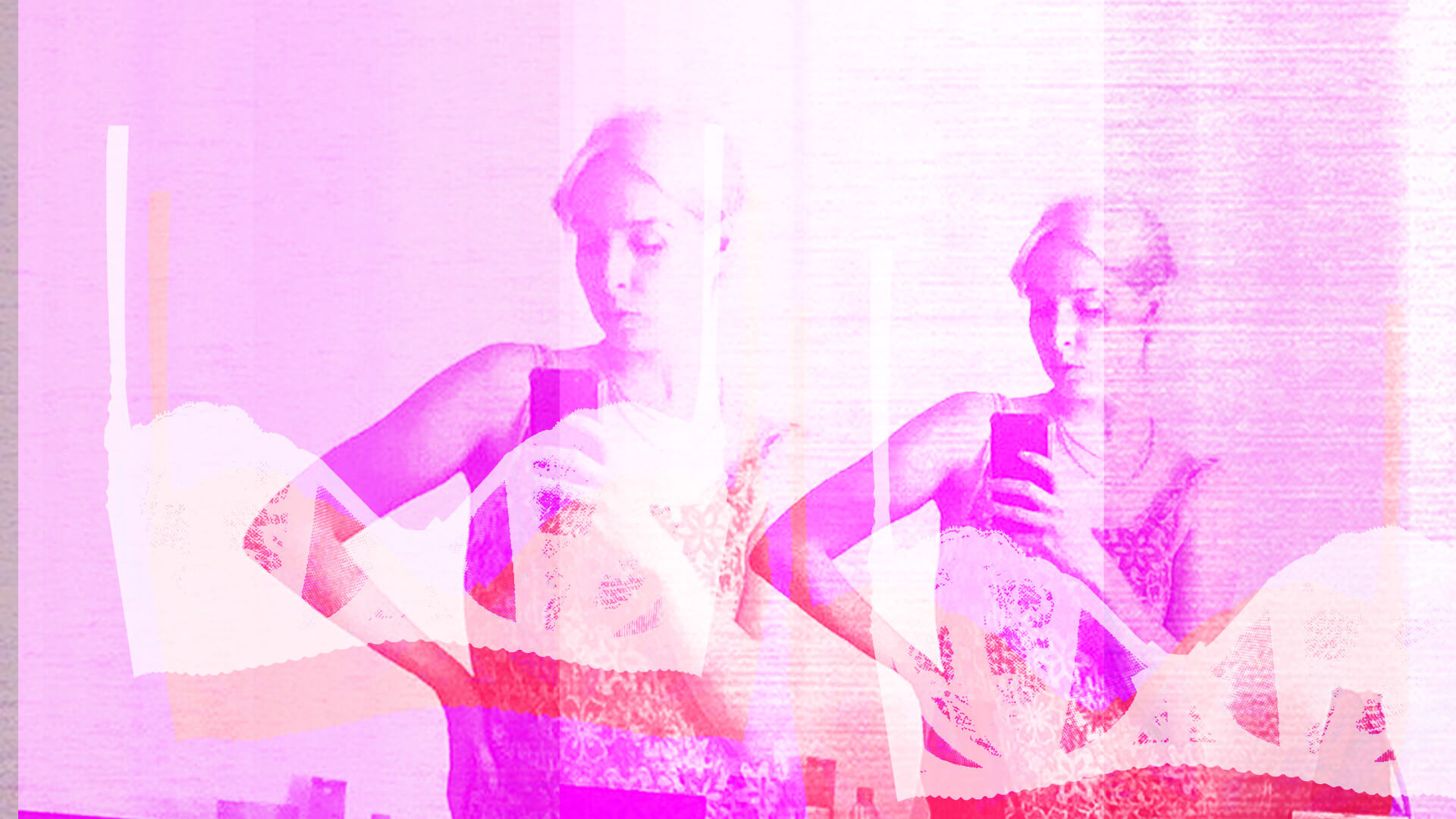 A Handful Of My Boobs.

A Handful Of My Boobs.

This time it’s not about sex. It’s about bodies, my body.

I am not enthusiastic about terms like body positivity, consciousness, self-love, or similar. However, what is hidden behind them is also of interest to me. As if it were yesterday, I remember when other girls around me started to grow breasts. With some of them, you could suddenly see the base of their breasts, and the necklines were deliberately worn to show “how far along” they already were. Nothing happened to me; I remained flat as a board. I don’t like this term any more than the ones mentioned above. Mainly since the human body resembles a board in very few cases.

With the abundance of texts on self-love, the sermons for more self-confidence even for non-standard ideals of beauty, and the constant call to be satisfied with oneself, the question naturally arises, why do I have to add my two cents now?

Because I’m writing this column for myself and I want to thank my breasts, regardless of any trends. They are the best proof of development, enrichment of life, and my progress towards more satisfaction. Perhaps my breasts even have more to do with my career path than I previously realized. But first, back to puberty:

Most of the other girls in my school class started regularly hanging out in the lingerie departments of department stores, buying pretty thick padded bras by the age of 14 at the latest. I also joined in. However, unlike the others, I didn’t like this new item on the “must-have” list. It was a real ordeal to try on these things that were supposed to push what didn’t exist. I cried pretty often at home because I thought I was not a woman a man could fall in love with. I read in magazines that a handful would be enough, men would like something to touch, but a handful was enough. Fuck it. There was no handful. There were at most two fingertips that could pinch a nipple. Nevertheless, I managed to overcome my doubts and slept with men. I remember very clearly that I often apologized for the size of my breasts. Or rather, for not having the pleasure of having a handful. I was stiffened by the statement, which came from the same texts that men often only want to find the buttocks plentiful anyway. A crunchy apple bottom could make up for small breasts. I had that, how nice.

The problem is not that I have to work through a trauma here. There is none in this case because, in the end, no one has ever complained, made fun of me, or in any other way negatively addressed my breasts except for myself. This is not going to be a plea for small breasts either. My point is that in the same magazines in which bullshit about being beautiful from the perspective of heterosexual men was printed, those were also my salvation: models.

Models are usually slimmer than ordinary people have smooth skin, healthy hair, and many of them have small breasts. I learned about the benefits of a flat upper body through countless fashion spreads, so-called editorials. Not only that you can just slip about any piece of clothing over and it falls fluidly and easily, but also the freedom to run straight off or not have to endure uncomfortable stares down your neckline. At this point, I have to clarify briefly: I also like big breasts, no breasts at all, breasts in every shape, and so on. It’s not about the concrete size, it’s about my concrete body with which I have spent my life for thirty years.

Then, after I understood that my parents wouldn’t approve of a modeling career and my will to work on it wasn’t big enough either, a new chapter began. Let’s call it self-discovery. There were phases when I really liked my body, the small breasts and the narrow hips, and proudly strutted around in flashy clothes. But there were also many phases when I projected an enormous hatred for my appearance; all my concentrated discontent was directed against my pale, softening skin. Previously I had suffered for years from being spindly and leggy, then came the times when I virtually cursed my belly; nothing could be flat, firm, plump, smooth enough. Glances in the mirror I couldn’t help became self-harm. Like a little devil, the voice inside me said: “You see how insufficient all this is, your proportions don’t make sense, age won’t fix it either, sport isn’t a panacea either, despite all the effort.” It went on like this every day, often several times for several hours. I hid behind loose, inconspicuous clothes.

And then I had the idea – I’ll shorten it here – to move to Berlin and study fashion journalism, the love for (fashion) magazines had always remained. This decision led to a change in my attitude and self-perception. The city of freedom and the other girls in my study classes taught me: nobody cares, as long as you don’t care. The diversity of beauty was new to me as if a promise I knew from social media or magazines had become a reality. Everyone shows what they have.

Without consciously striving for it, I now separate two things: my relationship to my body, including my breasts, and my appearance in public. You could say my small breasts, and I have a private and public life. I hardly ever wear a bra; for several years now, I deliberately put on undated bikinis, I dare to go topless to the beach or lake, I have stopped thinking of my breasts as (purely) sexually arousing. Professionally, my breasts are loose on the road. They are just there when I am in the office; then, they lie gently over my heart and protect my insides. Maybe one day, they will be used as a source of nourishment for my child, but for now, they are off.

And that’s it: a handful of contentment, with this, recorded in black and white.