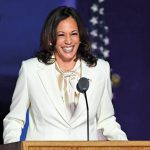 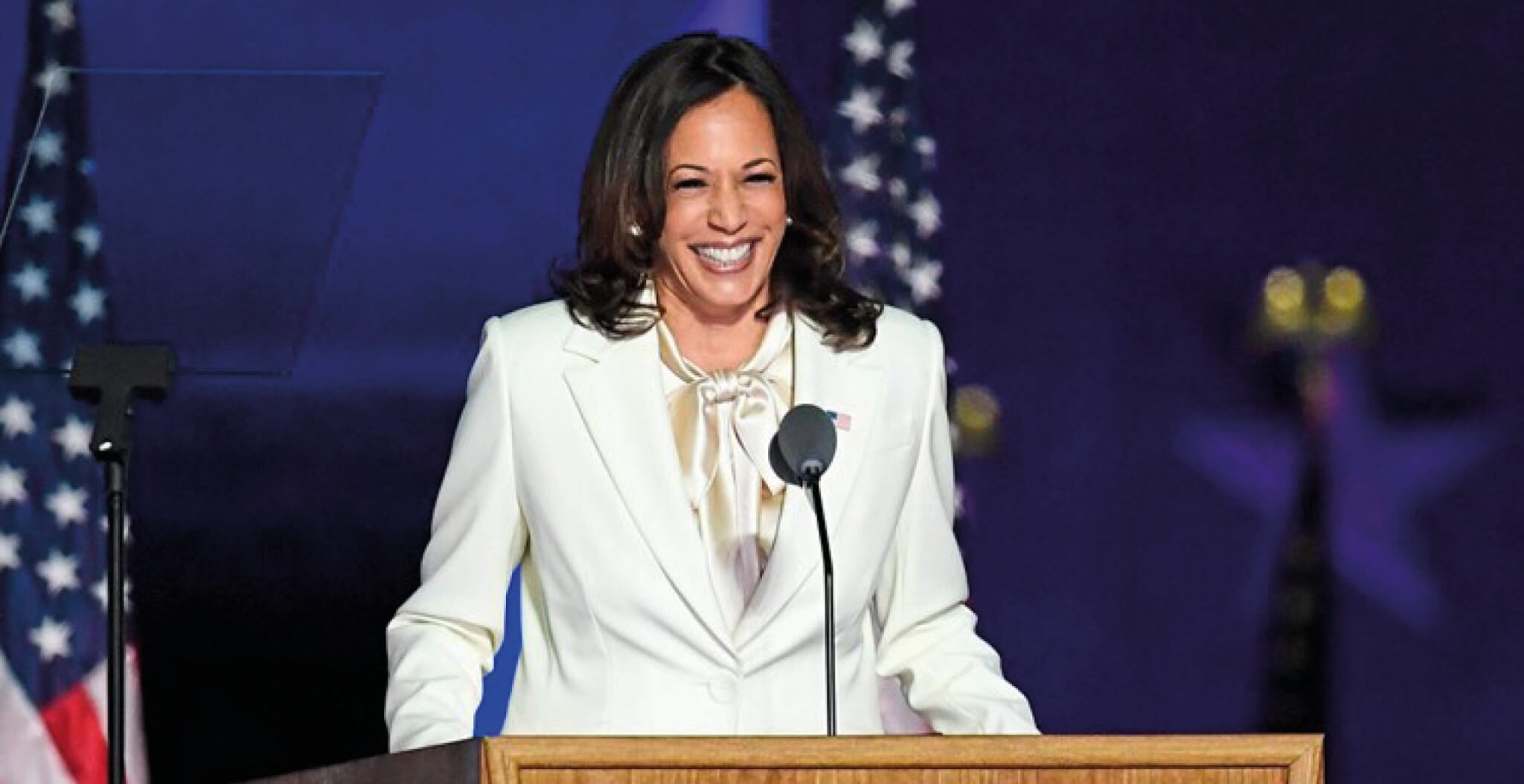 It’s history in the making: In the 232 years since the inauguration of the Vice President’s office for women, it still has been an exclusive club for white men. Only two women have been nominated in 232 years but Kamala Harris is the first woman to actually become Vice President of the United States of America.

I hope every little girl watching tonight sees that this is a country of possibilities.

Now she faces ridiculously high expectations which can’t be matched: As a woman in general and as a woman of color she must prove that she’s the best Vice President America ever had. While men are never seen as representative for all men a woman will always be perceived as a symbol for all women. That’s unfair as fuck and unrealistic as well – but as Harris said in her first speech as designated Vice President:

“But while I may be the first woman in this office, I will not be the last.”

Meet the love of my life, @DouglasEmhoff.

There will be change. It matters tremendously if more and more diverse people support political decisions. Politicians like Kamala Harris won’t be no longer seen as the sole exception but for a rapid normalization – something that should have happened a long lime ago. But the second best date is always today and Harris demonstrates for young women all over the globe that they can claim and achieve anything they want.

Harris might also redeem the hope for a female president: Biden will be 82 by the end of his first term and it seems highly likely that we will voluntarily give up his hoffice to be succeeded by Harris. And who’s more fitted to become next president of the United States than the first female Vice President?

To the American people—no matter who you voted for—I will strive to be a Vice President like @JoeBiden was to President @BarackObama: loyal, honest, and prepared, waking up every day thinking of you and your families.

There’s however a catch to the choice of Kamala Harris: As strong as the symbolism of her moving to the White House is – the life of a single black mother in one of the republican dominated states like Montana who works double shifts at Chick-Fil-A won’t improve automatically. Harris herself represents the American Dream with its focus on personal ambition as well as self-optimization and was born as the daughter of a researcher and a professor. Her street credibility will depend on her success to make underprivileged feel like they are part of her vision of the United States as well. She can’t continue with her own ideology of performance thinking as this will put too much stress on people already on the brink of collapse.

Thank you, @billieeilish, for joining me in talking about everything that’s at stake in this election. Your generation deserves leaders who actually care about the future of our country and our planet.

To actually become a progressive Vice President Harris needs to tackle the structural causes of the tremendous inequality in the United States and not just tell the same unrealistic story of “anyone who sticks to the rules  and is ambitious will actually make it” as the American Dream is shattered. The whole system is a humungous clusterfuck and this country needs more than symbolic politics and a female Vice President that lets herself being filmed after jogging to congratulate the designated President. Jogging, the preferred sport of the efficient over-achievers from New York and definitely something you won’t do when single parenting and just having finished a 16-hours-shift, while your hair and clothes still reek of fried chicken.

Restructuring America and fighting inequality won’t be a jog in the park. It will be a marathon. Better get yourself ready. The whole world is watching.