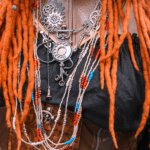 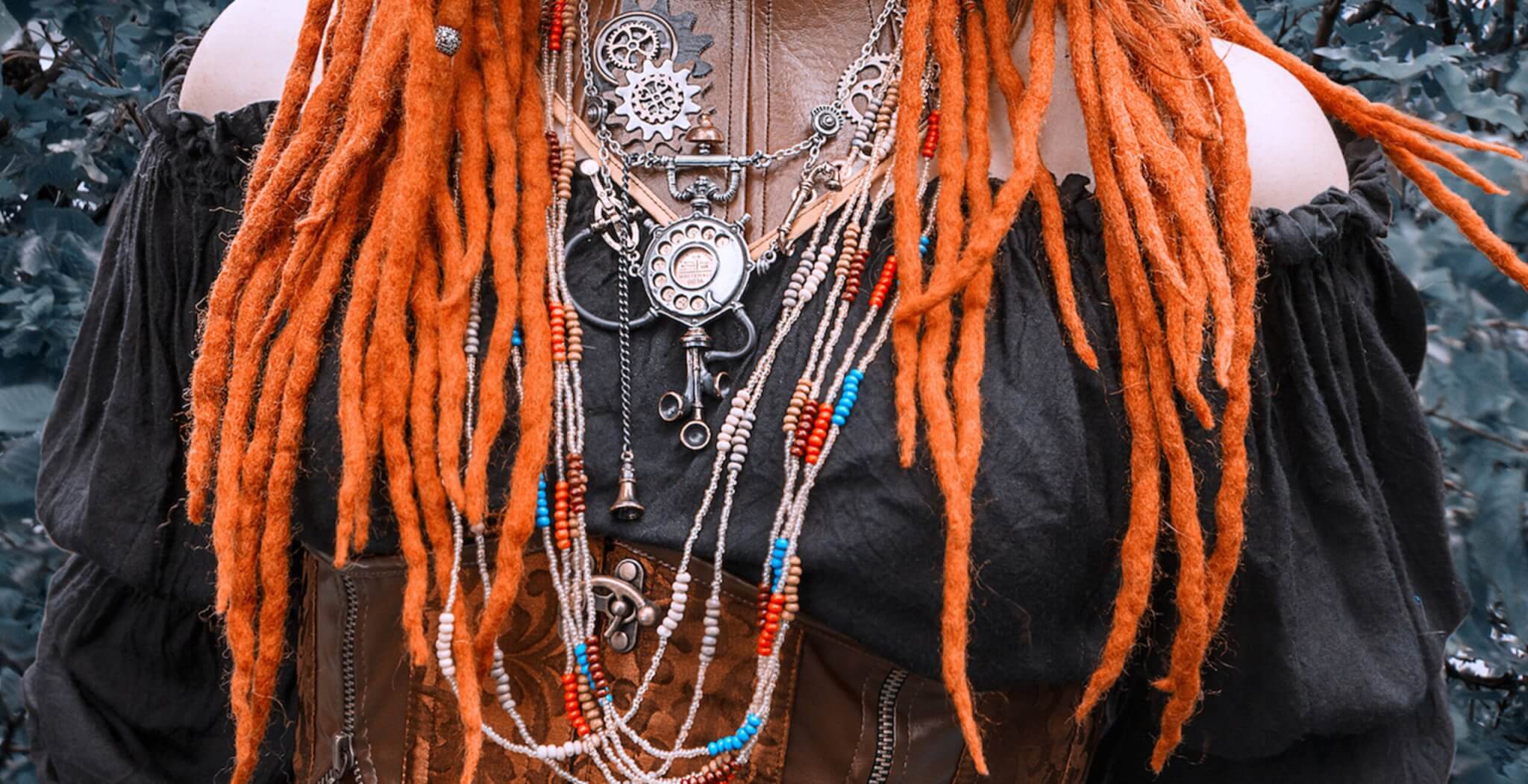 The act of taking. Festivals are a playground for expression but also cultural appropriation and theft are being redrawn. Unique speaks up for environmental Justice and is part of “Total Ethics Fashion” – working for a fashion system that upholds total ethics, by prioritizing the life of all animals, humans and non-human, and the planet. Her politics revolve around Collective Liberation. Samia Shell is a Human Rights Advocate and a Law Student with a degree in Environmental Science, using her platform to start conversations. We spoke about whether appreciation can exist and how the power dynamics can lead to further marginalization. It has never been more calm for the space to be filled with their voices.

What is cultural appropriation?

UNIQUE Cultural appropriation is when someone from outside a cultural group, usually members of the dominant culture, imitates or steals from another culture, in the form of attire, style, art or food.

SAMIA Cultural appropriation is not being aware, nor acknowledging or respecting the historical, social, and unique value that a given item, good, tradition, or style of physical presentation holds to the group that is responsible for its creation and significance.

Where is cultural appropriation happening at festivals?

UNIQUE The biggest festival I went to is Afropunk, which was specifically created to be a celebration of Black culture across the diaspora. Artists creating and showing off their Black/African culture in the form of fashion, art and music. But I have seen plenty of footage of cultural appropriation happening at other festivals. They are still seen as a place to dress alternatively and flamboyant, to look “exotic” and stand out. This “different” look is taken from other people’s cultures, usually always originating from people of color because they are viewed as the “other”. So we can see Bindis, Native headdresses, and East Asian Kimonos worn by people who aren’t part of the culture they originated from, but finding a way to make themselves stand out like ´festival fashion dictates´.

SAMIA Frequent examples are clothing with the goal of looking “boho inspired”. Many people tend to wear textiles and prints that are the fruits of Indigenous creativity. And they are either unaware or not concerned with how those prints landed on their garments. Or the hairstyle that people choose to wear for one day, like cornrows or bantu knots. These are taken out once the festival is over and would never be worn in their daily life. The more egregious examples would be folks wearing feathers in their hair and Fulani braids, or Indigenous bead-inspired jewelry while not being able to name a single nation.

Why can’t culture be a costume?

UNIQUE Culture is the achievement of a longstanding community of people – a region’s art, music, fashion, customs, food, beliefs and much more. The intention that has been put into cultural items should never be mocked in the form of a costume by another group. It is disrespectful when a cultural item is not used for adornment but to signify an important marker. Some cultural items aren’t even supposed to be worn by members of the group it originated from. And are only approved for certain people after or during certain ceremonies.

How does power operate in relation to culture?
UNIQUE Understanding power is crucial to understanding the uproar over cultural appropriation. White hegemony and colonization destroyed and suppressed countless cultures and forced its own onto subjugated people, hailing it as superior and righteous. To now see white people proudly don aspects of cultures they deemed inferior and tried to erase without rectifying it, is a large cause of the tensions. The false equivalency of trying to say that people of color have adopted aspects of white culture after forcible assimilation further speaks to the issue of power and culture. While white people are not the only ones capable of engaging in cultural appropriation and the related issues of power they have been the dominant group taking part in it without addressing past harm and current entitlement.

SAMIA Everyone has a responsibility to address their position in benefitting from a particular culture. Especially when coming from a racial/ethnic group that is responsible for or is aided by global systems of oppression and violence experienced by these groups, the issue is of even more importance. Oftentimes, to appreciate a culture when coming from a position of power, is to recognize the privilege that one has to be extractive of a group’s intellectual and creative works and traditions. Advocating for the groups responsible for that thing that you admire, using your funds to support them, using your platforms and personal relationships to increase awareness of their culture and hardships they face. The reality is that people in positions of racial and ethnic power can simply put on other people’s cultures like a costume and then take it off with no repercussions. Meanwhile, other people who enjoy their own cultures are persecuted and belittled for it every day. This is why things like “the C.R.O.W.N. Act” – “Create a Respectful and Open World for Natural Hair” – are in motion in the United States, to protect people, Black Americans, for being able to wear our own traditional hairstyles like braids, twists, locs, and bantu knots.

In order to understand cultural appropriation, don’t we have to understand racism first?
UNIQUE Yes, definitely. Many people are upset about the backlash to cultural appropriation because they want to believe they are being attacked for harmless personal choices instead of engaging in an ongoing racial, social, and cultural context that has severely affected oppressed groups, forcing them to hide and erase their “inferior” culture. I once read an article where a white person attempted to use the example of jeans and denim being adopted by Japanese people as cultural appropriation. Such examples ignore the intricate role racism plays. White culture cannot be appropriated because it has been forced on the world as the civilized standard for hundreds of years. People have not so much willingly adopted white culture as have been culturally subjected by it, they certainly cannot appropriate it when it has been forced as the standard for humanity. So it’s asinine to try and compare someone wearing blonde hair or blue jeans to bantu knots or saris.

What is cultural appreciation? Does it exist?
UNIQUE Cultural appreciation is seen as the effort to genuinely connect with another culture, to learn about it and uplift it. The issue we have now is that many people will just claim they are appreciating a culture because they like how a certain cultural garment or hairstyle looks and want to wear it. But they don’t actually care about the history, importance or stigma associated with it. For example, It took an entire social and political movement (still ongoing) for Black women’s hair to be seen as acceptable. While some argue it’s a form of appreciation, that white women are now wearing these styles it’s easy to see it’s a fun costume for them to put on after Black women have done the difficult work of destigmatizing the styles. Adorning themselves in Black women culture because it is the new fad isn’t true appreciation. They can appreciate our styles by helping to pass legislations , such as the C.R.O.W.N. Act, that prohibits discrimination against Black hair. But that would require actual work and solidarity, not simply getting up showing up in a cute new look for a day.

SAMIA Cultural appreciation definitely exists! It is always possible to establish a relationship with the community of the culture that the person is seeking to engage in. A few questions are essential before considering this act: Has this community, and its relevant representatives, expressed an explicit condemnation of attempting to participate in their culture or practice? Have they invited participation in it, and what are the terms of that participation? Is the person aware of their intent in trying to participate in this culture?

Can you give an example of cultural exchange?
UNIQUE Eating at an Ethiopian restaurant in Los Angeles in Little Ethiopia where you learn about the culture and history and get to partake in delicious food by people who come from that culture and are happy to share it with others.

SAMIA A great example of cultural exchange would be visiting with and being present with a particular group, and they choose to invite you into their culture. When that relationship exists, it is appreciation. Or, a person who does participate in a cultural tradition without such approval at the very least must credit the group responsible and be receptive to the perspectives of the community.

What does it mean to understand the collective history?
UNIQUE To me understanding collective history means truly learning about the “the good, the bad, and the ugly”. You cannot ignore or escape white hegemony and its effect on people’s culture globally. It is important to understand a phenomena, such as cultural exchange, while not conflating it with culture being open and ready to take anything from.

SAMIA I think it means to be aware of how societies and cultures have interacted over hundreds of years to reach our global society we experience today. This means acknowledging imperialism, colonization, genocide, marginalization, and the extraction of knowledge and culture for profit and aesthetic benefit. Of course, this also means being aware of regional considerations. Do you live in a country where people have been impacted by these systems and experience everyday difficulties due to their culture? Are you in the country or place where the culture was conceived?

Is cultural appropriation a derivative of cultural colonialism?
UNIQUE “Culture is meant to be shared” is a vestige of cultural colonialism. You will often find members of the dominant group sharing this sentiment when they desire to take something from another culture. They seem to have confused forcing their culture onto others as sharing it when it was truly cultural colonialism. Culture isn’t meant to be shared and consumed in a mass, culture consists of institutions, art, beliefs, customs, a shared history and commonality developed over time. While these things can be beautiful when shared, that isn’t the importance of culture. The mindset that everyone’s culture is up for grabs and everyone should be happy when another group takes from it, comes from a colonial mindset.

Do you see a risk in cultures meeting each other less, if cultural appropriation is not well understood?
SAMIA I see more of a risk of perpetuating existing systems of unequal appreciation in society. While some people see a hairstyle or clothing as just a summer thing, others meet resistance from their neighbors, employers, classmates and strangers. I think cultures will experience better converge with more appreciation,  largely due to social media’s ability to educate and promote awareness about cultural appropriation.