Allen In Normie-land: A Short Story by Julian K.

Allen In Normie-land: A Short Story by Julian K. 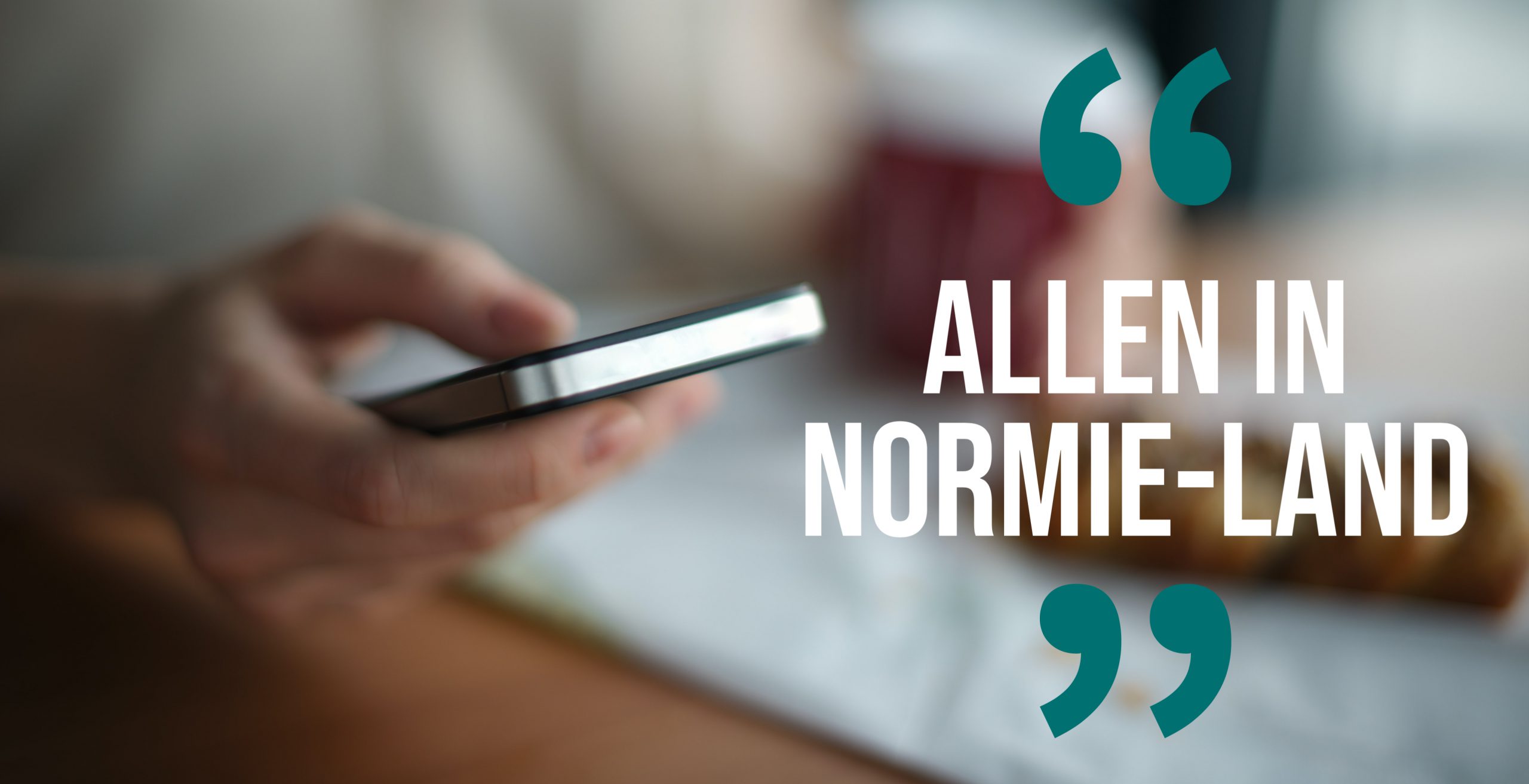 Meet Allen, a normal person with normal brain and normal looks, normal interests and normal name. Utterly and completely unrelated to the author of this piece in any way, shape or form. One day, that Allen person, maybe a distant acquaintance of this writer, decided to return to dating apps. Not because the singular singleness of his being was weighing too heavily on his plurality, no, mainly because he had heard of this app BusyBee where the dames and ladies had to make the first move. This would change everything! Not really, but he needed an excuse to try that sort of thing again. Allen did try another more popular app once, but the application “Flint” felt too much like a Wednesday meat market show to him. Now, I do not know Allen that well but I think, as a distant friend, he would like me to specify that he does not condemn the use of any of these apps in general, just that it did not work for him. Feelings of insecurity, regret, unfairness, injustice and superficiality overcame him before the very first date. I know, my best friend Allen, just could not bring himself to do it.

However, all this was about to change! Now, he was creating a profile on BusyBee and it would be amazing. So, Allen uploaded the same pictures he previously used on Flint, adding one new selfie he had made the day before. The pandemic was still raging at the time so he felt it necessary to give some sort of “reality check”- picture, mainly to show just how much the little bit of fitness he previously had, had suffered during the isolation at home. He filled out the generic questions thinking to himself: “As if I wouldn’t date someone based on their love/hate for cilantro. Sorry partner of my dreams, you hate a thing I don’t dislike, you are DISMISSED!”, and kept it honest and true in his replies, occasionally shaking his head to release the silliness from the questions and the entire process.

Then the swiping started. Just like on Flint, BusyBee provided a platform for all sorts of creatures, from the social media model to the not so social media but still somewhat social media model, everyone seemed to be gorgeous, or just really proficient with editing tools. At times Allen was sure he had seen the women on the red carpet before. “This one can’t be real!”, he thought they were digital creations, which technically was not entirely wrong. After an hour, utterly exhausted, Allen had finally swiped the last supermodel to the left. Additionally, he had also switched to looking for men, only to find out that BusyBee’s incredible collection of the species was apparently collectively working for Abercrombie and Calvin Klein. The thing is, Allen was not quite sure what strategy to go for. Do you swipe to the right every time you find someone attractive? No, that can’t be it. Allen would not feel comfortable with someone so gorgeous. Surely, you would imagine your partner to be somewhat attractive, but the speci(wo)men in these apps, or at least their photos were too good to be true, or if they were true, too good for him, he thought. So, after a day of denies, Allen did the only reasonable thing to do and bought a one year gym membership.

A year passed, Allen’s biceps grew, as well as his self-doubt. Once he felt somewhat comfortable in his body, he returned to Busybee, updated his profile with some sick mirror-ab-pics, and waited. He got a reply on the first day. “Hey, you are hot. Want to meet? How about some stand-up paddling?”. That day he scoured through the profiles, only to find that they were all at least mermaid adjacent, or beach loving outdoor fanatics. Allen had never been stand-up paddling, but he liked to be a little prepared. So he bought a membership to the local SUP club. And just to be extra extra sure, he learned how to surf, dive, canoe, kayak and how to pilot a catamaran.

A few months later Allen was adept in the arts of aquatic transportation, updated his profile with some sick pics of the surf, hugging an octopus and while sinking in a rustic canoe at dawn, and waited. He got a reply in the first hour. “Hey, you are super sporty and outdoorsy. But do you also take time to relax? Maybe have a drink some time? And you don’t have a problem with me bringing my dog, do you?”. Allen remained an overachiever. So, he went to a shelter and bought three puppies, enlisted in yoga class, read up on meditation techniques and became an alcoholic.

A week later, Allen, being the most chill Yogi Dalmatian daddy who ever held two bottles of Don Julio Tequila in one hand while driving, updated his profile with some cute doggo dress-up pics, his favourite charcoal mandala and two killer Tombstone recipes, changed into third gear with his empty hand and waited. He did not have to wait long: “Cool dog, but what about your interests? Do you read? Do you study? I don’t like to talk about politics but….”. Allen was not about to give up now. So, he bought a library card and read everything from A-Z, learned some languages to read the originals, finished his Ph.D’s in thanatology, physics, virology and parapsychology, cured Corona and became president and prime minister of his unspecified state.

Later that evening, once the security cleared the President, the dog was sleeping, the tequila bottle and his mind emptied, the boat anchored, all of his daily papers published and his workout complete, Allen returned to Busybee and began to swipe left. He just could not live up to those people. No, that wasn’t it. He couldn’t live up to himself, nor this damned medium. So, he turned off his phone, went to bed and dreamed of being one of them. When the morning came, Allen returned to being a normal president, with normal PhD’S, normal hobbies, body, education and Dalmatians. Perhaps he might meet a normal partner, someday. But I wouldn’t know, I never met such a normie.